Trump says he plans to announce his choice to replace the late Ginsburg on Saturday, setting off one of the quickest confirmation processes in modern times

WASHINGTON - President Donald Trump said he will announce his nominee for the U.S. Supreme Court on Saturday, and Republican Sen. Mitt Romney said he won’t block the vote — clearing the path for Republicans.

Trump met Monday with Judge Amy Coney Barrett as the conservative jurist emerged as a favorite to replace the late Ruth Bader Ginsburg, who died Friday at the age of 87.

The president told reporters he was still going to be interviewing other candidates and might meet with Judge Barbara Lagoa when he travels to Florida later this week. But Barrett has long been favored by conservatives. According to the Associated Press, those familiar with the process said interest inside the White House seemed to be waning for Lagoa amid concerns by some that she did not have a proven record as a conservative jurist.

Democrats, led by presidential nominee Joe Biden, have protested the Republicans' rush to replace Ginsburg, saying voters should speak first, on Election Day, and the winner of the White House should fill the vacancy. 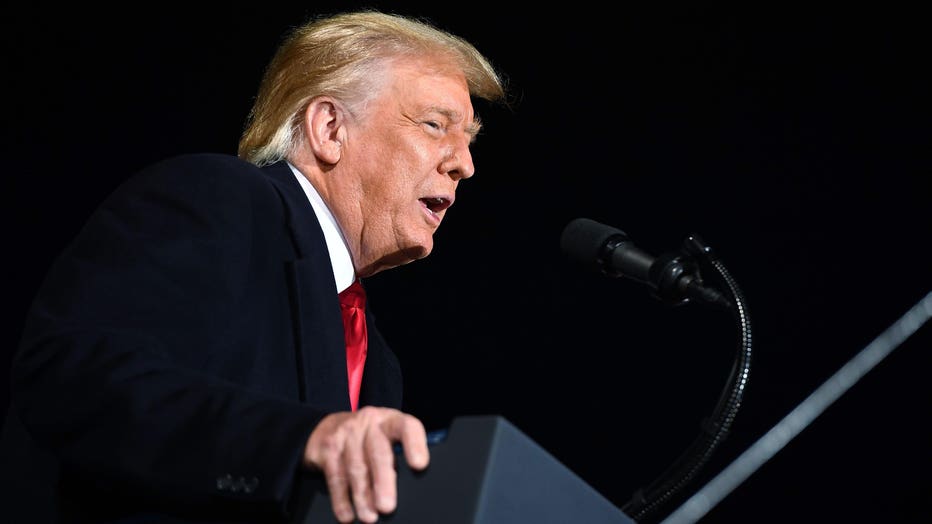 President Donald Trump speaks during a rally at Toledo Express Airport in Swanton, Ohio on Sept. 21, 2020. (Photo by MANDEL NGAN/AFP via Getty Images)

"The nominee is going to be supported by every Republican in the Judiciary Committee," Chairman Lindsey Graham told FOX News. "We’ve got the votes to confirm the justice on the floor of the Senate before the election and that’s what’s coming."

Key GOP senator Romney of Utah confirmed on Tuesday that he supports holding a Senate confirmation vote for the nominee.

The Associated Press contributed to this story. It was reported from Cincinnati.