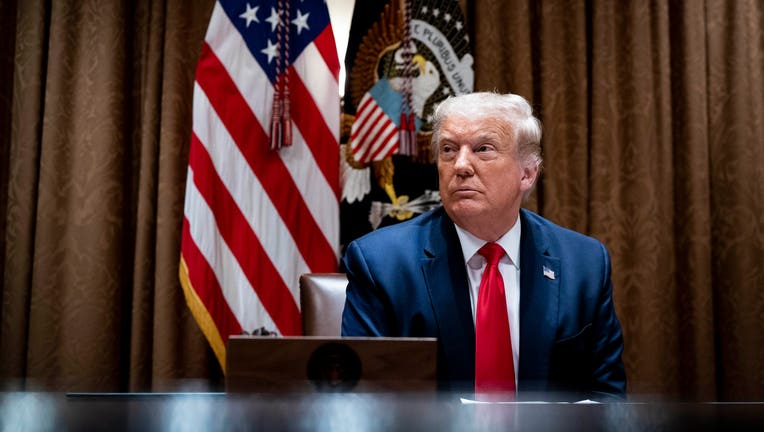 WASHINGTON - President Trump called on Congress to approve a fresh round of $1,200 stimulus checks for American families by reallocating $300 billion in unused coronavirus relief funds.

"We have $300 billion in an account that we didn't use. I would be willing to release it, subject to Congress, and use that as stimulus money and it would go right to the American people," Trump said Friday during a White House press briefing.

Although Trump said he considered redirecting the funds unilaterally, he was told he needed Congress' approval.

Trump did not specify what the funding source is, but may have been referring to unused business loan money approved by lawmakers at the end of March in the $2.2 trillion CARES Act. Under the stimulus package, Congress appropriated $500 billion to the Treasury, with $454 billion intended to cover losses on Federal Reserve lending programs. So far, $259 billion of that funding remains uncommitted.

He continued: "I think there is a theory that I could do it without having to go back, but I think it would be appropriate to go back, and I would ask Congress to approve it. It’s a very simple approval. It’s — literally, it’s a one-sentence approval, and the Democrats should do that. The Republicans will do that. They would be glad to do that."

The first $1,200 cash payments to U.S. households cost about $300 billion, according to one estimate from the Economic Policy Institute.

Both political parties broadly support sending another cash payment of $1,200 for adults and $500 for kids -- meaning that a family of four could receive up to $3,400, with the necessary qualifications nearly identical to the first stimulus check -- but relief negotiations collapsed during the first week of August when the two sides could not agree on how much the aid package should cost.

Democrats have offered to come down $1 trillion from the roughly $3 trillion HEROES Act, which the House passed in May. But the White House and Republican leaders want to keep the price tag closer to $1 trillion amid growing concerns over the nation's ballooning deficit.