Pilot says he saw no minors on Epstein planes

In day two of the sex trafficking trial of socialite Ghislaine Maxwell, a pilot for Jeffrey Epstein testified he did not see minors or instances of sexual activity aboard the disgraced financier's planes in 30 years as he personal pilot.

NEW YORK - A former pilot for Jeffrey Epstein testified Tuesday that he never saw evidence of sexual activity on planes he flew for his boss and his guests including multiple flights with Donald Trump and Bill Clinton.

Visoski Jr. was responding to questions by a defense lawyer when he acknowledged that he never encountered sexual activity aboard two jets he piloted for roughly 1,000 trips between 1991 and 2019.

He said he stayed in the cockpit for the majority of flights, but would sometimes emerge to go to the bathroom or get coffee.

Although he was called as a witness by the government, Visoski’s testimony seemed to aid the defense of Maxwell as he answered questions posed by Maxwell attorney Christian Everdell about what he saw when he straightened up the aircraft after a flight.

A woman testified at the federal trial of Ghislaine Maxwell that she had repeated sexual contact with Jeffrey Epstein when she 14 and that Maxwell was there when it happened.

Visoski didn’t hesitate when Everdell asked him if he ever saw sexual activity when he went for coffee or found sex toys when he cleaned up.

"Never," the pilot answered to both questions. He said he never saw used condoms either.

And when he was asked if he ever saw sex acts with underage females, he answered: "Absolutely not."

The pilot said Epstein never warned him to stay in the cockpit during flights and also encouraged him to use a bathroom near the rear of the plane that would require him to walk past the plane’s couches.

He said he never saw any children on his planes who were not accompanied by their parents.

When Everdell asked him about a teenager who prosecutors say was sexually abused by Epstein before she became an adult, Visoski said he believed she was "mature" when he was introduced to her.

He also acknowledged that Clinton was a passenger on a few flights in the 2000s and he had piloted planes with Britain’s Prince Andrew, the late U.S. Sen. John Glenn of Ohio — the first American to orbit Earth — and former presidents Donald Trump and Bill Clinton, "more than once."

Epstein’s plane was derisively nicknamed "The Lolita Express" by some in the media after allegations emerged that he had used it to fly teenage girls to his private island, his New Mexico ranch, and his New York City townhouse. 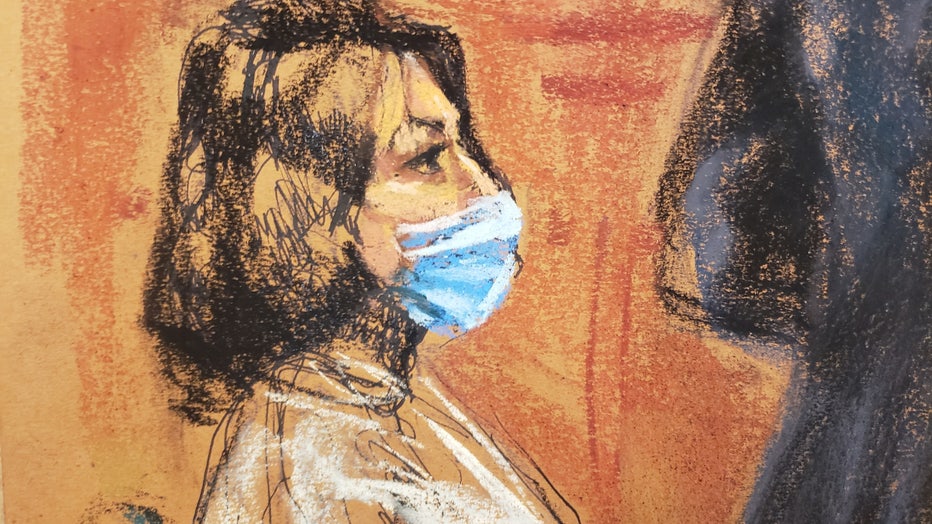 Prosecutors say there’s evidence Maxwell knew that the victims, including a 14-year-old, were below the age of consent and that she arranged travel for some between Epstein’s homes, including his estate in Palm Beach, Florida, his posh Manhattan townhouse and at other residences in Santa Fe, New Mexico, and London.

Epstein killed himself at a Manhattan federal lockup in August 2019, a month after his arrest on sex trafficking charges. Authorities charged Maxwell in July 2020, arresting her after tracking her to a $1 million New Hampshire estate where she had been holed up during the coronavirus pandemic.