The NYPD is searching for three suspects in a deadly shooting on Nov. 13 on McCombs Road in the Mt. Eden neighborhood.

NEW YORK - A man was killed and another injured by three gunmen who opened fire on the victims during a robbery on McCombs Road in the  Mt. Eden section of the Bronx. The shocking shooting took place on Saturday at 4:50 p.m.

The NYPD was still searching for the trio on Monday.

The armed men approached Jonathan Pena, 32, of the Bronx and a 46-year-old man. The gunmen ripped a gold chain from Pena before opening fire on both victims as they attempted to run away. Pena was struck in the torso while the 46-year-old man was him in the back, according to police.

The gunmen took off from the scene northbound on Macombs Road in a black Mercedes-Benz sedan. Pena was transported by private means to Bronx Lebanon Hospital where he was pronounced dead.

Video of the shooting was released by police. 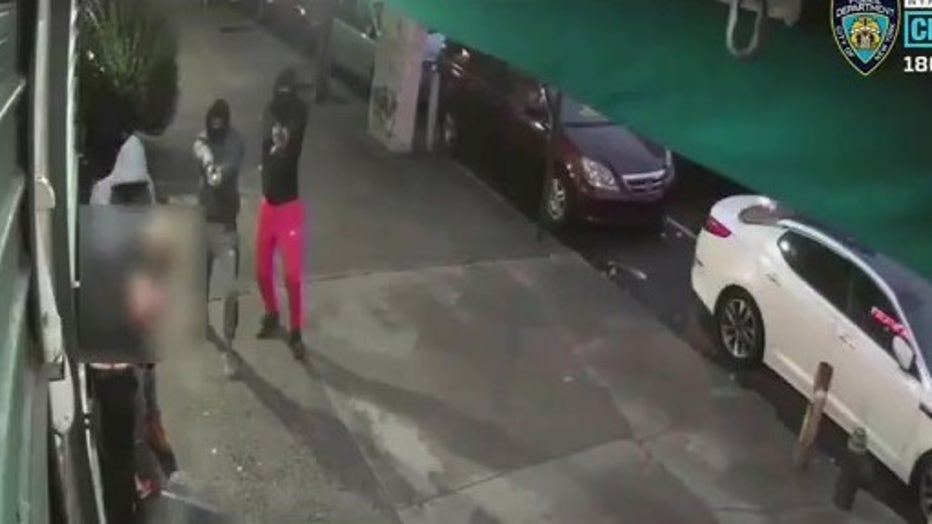 A man was killed and another injured by three gunmen who opened fire on the victims during a robbery on McCombs Road in Mt. Eden. Police were searching for the trio.

Anyone with information in regard to this incident is asked to call the NYPD's Crime Stoppers Hotline at 1-800-577-TIPS (8477) or online at https://crimestoppers.nypdonline.org/ or on Twitter @NYPDTips. All calls are strictly confidential.

RELATED:  Hunt for gunman who opened fire on 3 bystanders outside Bronx nightclub