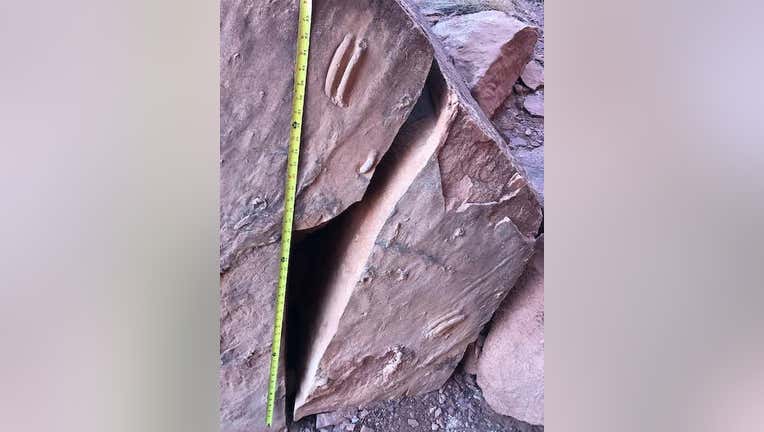 Authorities said the trace reptile track fossils were taken sometime between August 2017 and August 2018, according to a news release.

They’re asking the public for help to find the "irreplaceable paleontological resources" as well as the culprit who vandalized the area.

RELATED: Fossils reveal a new dinosaur species that was the size of dogs

A $1,000 reward is also being offered for information that leads to the identification and prosecution of the person, or people, responsible.

Capitol Reef is home to numerous fossils and visitors are warned not to remove objects.

"Removing such objects diminishes the experience for other visitors, and removes an important piece of the scientific story of the park," the park’s website said.

"Baby Yingliang" is a well-preserved fossilized dinosaur egg that has given scientists another link between prehistoric creatures and modern birds. (Credit: Yingliang Stone Nature History Museum via Storyful)

According to the National Park Service, the Triassic period occurred between 201.3 to 251.9 million years ago. Scientists said it began the Mesozoic Era, also known as "The Age of Reptiles."

During that period, the "dinosaurs walked on the land, the first pterosaurs sailed through the skies, and the first ichthyosaurs and plesiosaurs swam in the oceans," according to NPS.