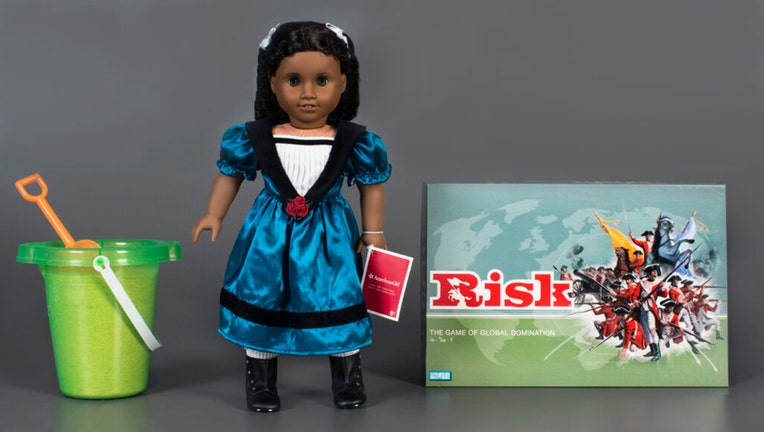 ROCHESTER, N.Y. - American Girl Dolls and the strategy board game Risk were inducted into the National Toy Hall of Fame on Thursday in recognition of their influence on the toy industry. Sand, which the group called perhaps the most universal and oldest toy in the world, was also inducted.

All three were honored during a ceremony at the hall after winning over a panel of experts who voted for them from a group of 12 finalists.

Also in the running this year were four other competitive games: Battleship, The Settlers of Catan, Mahjong and billiards, as well as Cabbage Patch Kids, Masters of the Universe, Fisher-Price Corn Popper, the toy fire engine and the piñata.

Anyone can nominate a toy but to be considered, they must have withstood tests of time and memory, changed play or toy design and fostered learning, creativity or discovery.

American Girl Dolls, the 1986 creation of educator Pleasant Rowland, were recognized for their exploration of the country's social and cultural history. The 18-inch historical dolls and accompanying books each offer insights into an era. For example, Molly McIntire is waiting for her father to return home from World War II.

The Truly Me contemporary doll line, with its diversity of skin tones, hair and gender, followed in 1995, letting children choose a doll that looks like them.

"Rowland's formula for combining doll play with history lessons worked, in her words, like 'chocolate cake with vitamins,'" curator Michelle Parnett-Dwyer said. "In an era when some education experts claimed that school curriculums paid little attention to history, this toy may well have filled a void."

Parnett-Dwyer added, "It now offers a range of dolls and stories of girls growing up in America and promotes diversity in the world of dolls."

Risk, based on the French game Le Conquete du Monde, was first published in the United States in 1959 and continues to influence other board games, hall officials said. It challenges players to control armies and conquer the world on a game board that is a map of continents.

"Risk became one of the most popular board games of all time, inspiring a new corps of passionate gamers, and influencing other games which began the wargaming hobby — and by extension the Euro-games like The Settlers of Catan that many enjoy today," curator Nicolas Ricketts said.

Sand was honored for its "opportunities for tactical, physical, cooperative, creative, and independent free play," according to the hall of fame, which is housed inside The Strong Museum of Play in Rochester, New York.

"Children recognize sand as a creative material suitable for pouring, scooping, sieving, raking, and measuring," it said. "Wet sand is even better, ready for kids to construct, shape, and sculpt."

"Although some playthings can only be found online or in certain stores, sand has a global reach that most toy manufacturers would envy," chief curator Christopher Bensch said. "It's been a vehicle for play since prehistory, and anyone who has spent the day at the beach can understand the allure of this toy."

Created in 1986 by educator Pleasant Rowland, the 18-inch American Girl dolls—and their accompanying books—explore America's social and cultural history. Each historical doll comes with a unique narrative that fits her era, such as Molly McIntire, who is waiting for her father to return home from World War II. American Girl released the Truly Me 18-inch contemporary doll line in 1995 (originally under the name American Girl Today) to help girls express their individuality and build confidence. 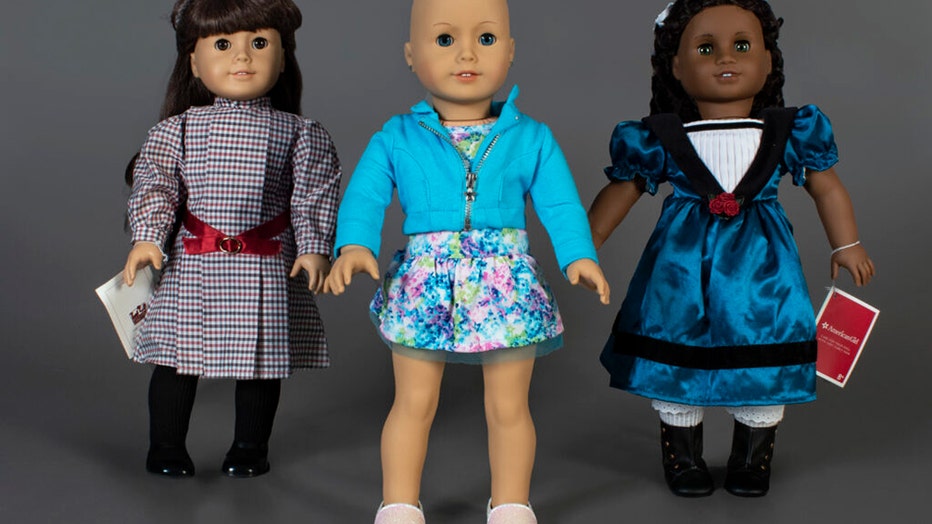 Three dolls from the American Girl product line. (Photo Courtesy of National Toy Hall of Fame at The Strong)

Based on the French game Le Conquete du Monde, Risk translates the hobby of wargaming with miniature figures into a mass-produced war and strategy board game. First published in the United States in 1959, Risk challenges players to control armies and conquer the world. The game's innovative mechanics ignited renewed interest in strategy games in the 1970s and continues to influence the board game industry. 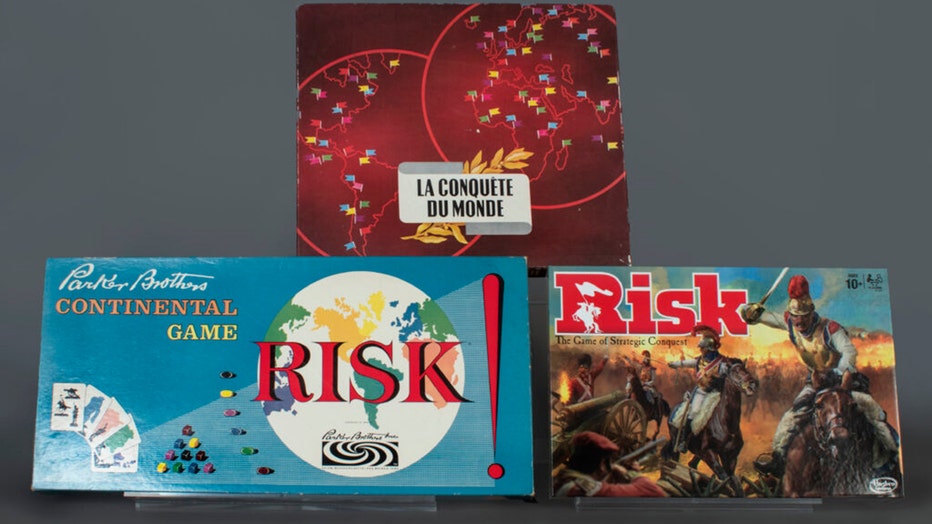 Two versions of the board game Risk (bottom) and the French game Le Conquete du Monde, upon which it is based. (Photo Courtesy of National Toy Hall of Fame at The Strong)

Sand may be the most universal and oldest toy in the world. Educator Maria Montessori has argued that sand "is only one substance that the modern child is allowed to handle quite freely." Children recognize sand as a creative material suitable for pouring, scooping, sieving, raking, and measuring. Wet sand is even better, ready for kids to construct, shape, and sculpt. Sand provides unique opportunities for tactical, physical, cooperative, creative, and independent free play. 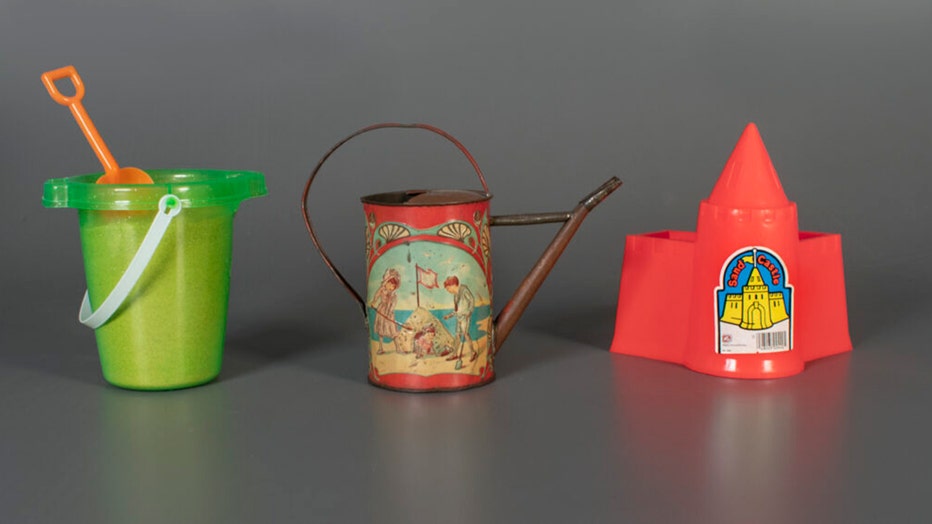 A bucket of sand and other items uses to enjoy it. (Photo Courtesy of National Toy Hall of Fame at The Strong)