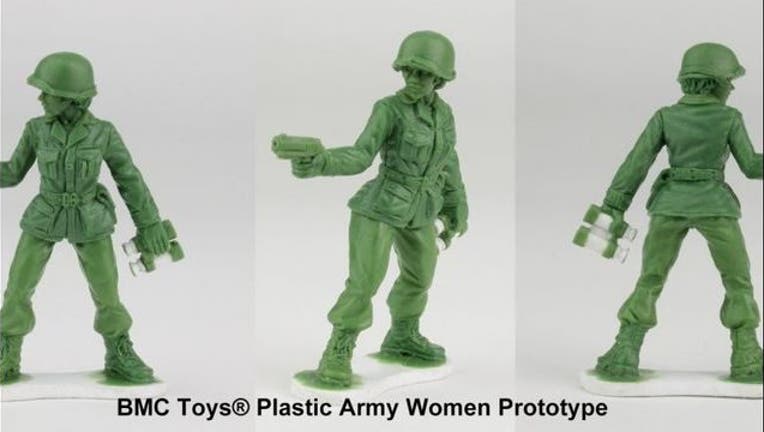 PHILADELPHIA - A Pennsylvania toy company has announced a new line of "Army Women" plastic toys in order to represent the women who serve in the U.S. Military.

BMC Toys, of Scranton, is one of the few makers of the toy left in the U.S. They made the announcement on Aug. 30.

"It's happening! BMC Toys is going to produce a set of Plastic Army Women figures within the next year."

In June 2018, Jeff Imel, the President of BMC Toys, shared the story of the initial concept of the Plastic Arm Toys in a blog.

He attributed the need for Plastic Army Women to retired Navy Sailor, JoAnn, who was interested in finding female toy soldiers for her granddaughters.

In Aug. 2019, Imel received a letter from a 6-year-old asking why there weren't any "girl army men."

"Why do you not make girl army men? My friends mom is in the army too!" Vivian wrote to BMC toys.

While designs haven't been confirmed, the company wants to ensure that details such as regulation hair, time period, poses and other decisions are accurate.

The BMC Toys Plastic Army Women set is projected to be produced and released in 2020.

Each set will include about 24 figures in four or more different poses, according to the site.

They will retail for approximately $14.80.