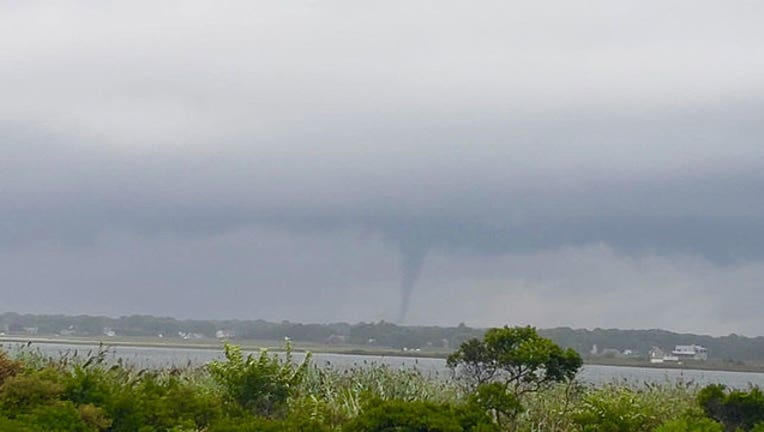 NEW YORK (FOX 5 NY) - The National Weather Service confirms there was a tornado in Suffolk County on Eastern Long Island on Monday afternoon as a series of storms moved across the region.

The tornado first touched down on Dayton Street in Manorville about 4:33 p.m.  It sheared large tree limbs and the tops off of dozens of oak, maple, and pine trees as well as uprooting at least a dozen shallow-rooted large trees.

The tornado eventually crossed the Long Island Expressway near Exit 69 while it lifted from the ground.

Michael Mulhall posted a photo of the funnel cloud from Mastic Beach.

The National Weather Service classified it as an EF0 with winds of 65 to 85 miles per hour.

Several tornado warnings were posted across the region on Monday after a series of storms moved in from the west.

A water spout was spotted off of Fire Island earlier in the afternoon.