The body of 6-year-old Faye Swetlik was found Thursday along with a deceased male in the Churchhill Heights neighborhood of Cayce, South Carolina.

CAYCE, S.C. - A homicide investigation has been opened into the death of a 6-year-old South Carolina girl named Faye Swetlik who disappeared earlier in the week after getting off her school bus. Swetlik’s body was found Thursday along with a deceased male in the Churchhill Heights neighborhood of Cayce, South Carolina.

Here is a timeline of events leading up to when Swetlik’s body was found.

Family members told authorities the last time they saw Swetlik was around 3:33 p.m. after she got off the school bus and was playing in the front yard of her residence on Londonberry Lane in Cayce, South Carolina.

After looking for her for about an hour, her family called 911 around 3:45 p.m, authorities said. Family members told authorities that they "lost track of her." 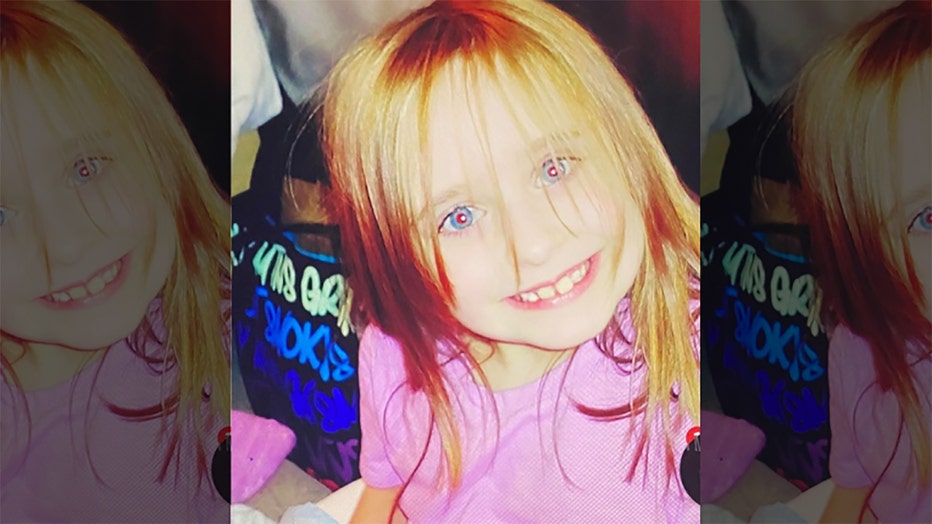 The body of 6-year-old Faye Swetlik was found Thursday along with a deceased male in the Churchhill Heights neighborhood of Cayce, South Carolina. (Photo: The Cayce Department of Public Safety)

Surveillance video from Monday was released of the 6-year-old getting off the school bus before she vanished.

Authorities said her body was found, along with a deceased male, in the Churchhill Heights neighborhood of Cayce, South Carolina.

The coroner confirmed the girl's death but has not released the identity of the dead man, Cayce Public Safety Director Byron Snellgrove said.

Snellgrove didn't immediately provide any evidence to link the two deaths, but said at a brief news conference to announce the developments that there was no danger to the public. He said no arrests have been made in the girl's death.

“It’s with extremely heavy hearts that we announce we have found the body" of the child, Snellgrove said, speaking for only about a minute and taking no questions.

Authorities confirmed that they did tow multiple vehicles from the family's property. They would not go into detail regarding this action, saying it could possibly hurt the investigation.

A constant police presence had been at the family's home since 5 p.m. Monday. The girl's disappearance had brought more than 250 officers to the neighborhood in Cayce, just across the Congaree River from the state capital of Columbia.

Searchers had knocked multiple times on the doors of every home in the neighborhood. They also checked trash cans and a nearby landfill and towed cars.

The case has been declared a homicide investigation.