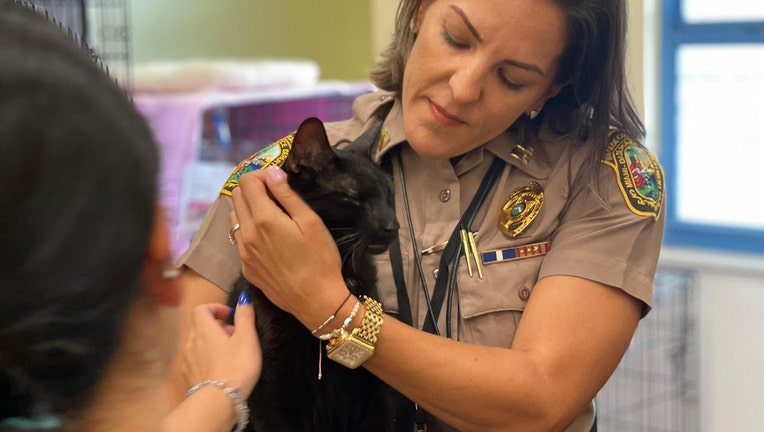 SURFSIDE, Fla. - A Florida family struggling in the aftermath of the Surfside condo collapse has been given a glimmer of hope in the midst of tragedy: their beloved cat, missing since the night of the disaster, has been found alive.

The Gonzalez family lived in unit 904 of the Champlain Towers South condominium with their black cat Binx, but their pet had not been seen since the night the building fell, WSVN reports.

Angela and Devin Gonzalez were seriously injured in the collapse, and Edgar Gonzalez is still missing.

RELATED: 'Heartbreaking': Death toll rises to 79 as recovery workers vow not to let up in Surfside condo collapse 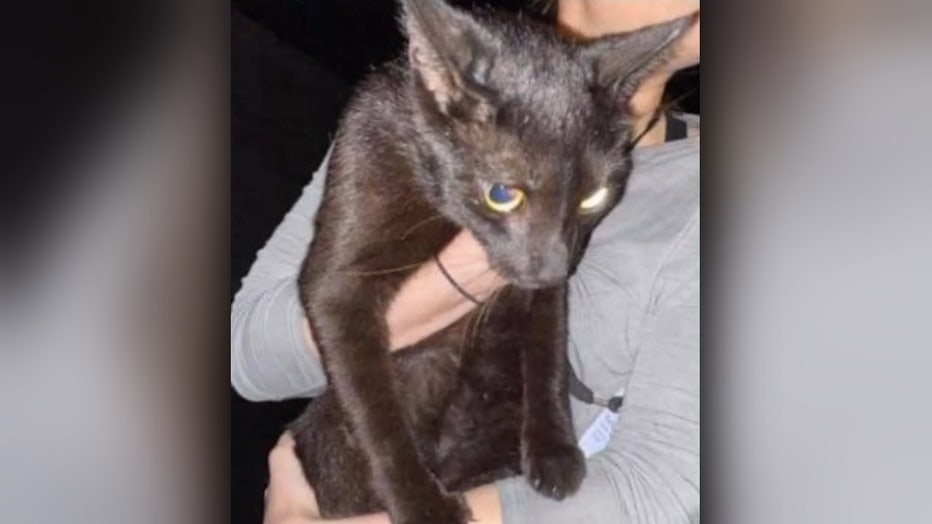 On Friday, the black cat was seen wandering around the site where the building once stood. A good Samaritan picked him up and took him to an animal rescue in Miami Beach.

"I'm glad that this small miracle could bring some light into the lives of a hurting family today and provide a bright spot for our whole community in the midst of this terrible tragedy," she said."

Maria Gaspari, a friend of the Gonzalez family, told WSVN they had been holding out hope for any signs of survival.

RELATED: Rescuers at South Florida condo collapse site told they can go home, but they refuse

"In the middle of this sadness, we were hoping for good news either for any survivors or any pet," Gaspari said. "As you may know, pets are family and this is a miracle. I’m shaking right now."

Gaspari said the family got confirmation that the cat was theirs, and said Binx is Devin's cat.

"I'm sure she's going to be over the moon knowing that they found her cat. I just can't believe it," she said. "This is a miracle for the whole Surfside community."

According to WSVN, three local animal organizations – Kitty Campus, Operation PAW and SoBe Cats – worked together to reunite Binx with his family.