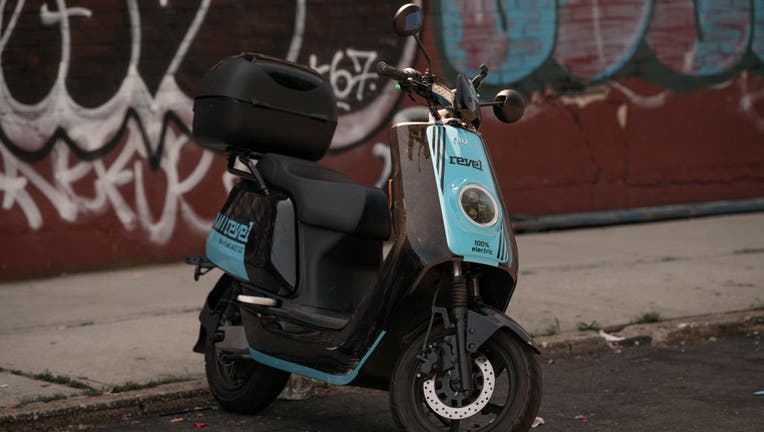 NEW YORK - A 30-year-old man operating an electric moped was killed and his 32-year-old passenger injured in the third Revel moped-related death reported in New York City in the same month.

On July 25 at about 4:31 a.m., the men were traveling westbound on Fairview Avenue in Fort George when the driver failed to navigate the road and struck a pole near Wadsworth Terrace, according to police. Both men were thrown from the moped.

Police and EMS responded to the scene and transported Francis Nunez, of the Bronx and his passenger to Columbia Presbyterian Medical Center. Nunez sustained head trauma and his passenger suffered an ankle injury. On Aug. 4, Nunez was pronounced dead.

"We’re reviewing and strengthening our rider accountability and safety measures and communicating with city officials, and we look forward to serving you again in the near future," the company said via Twitter.

"If they don't come back with a way to make this service safe, we won't allow them to reopen at all," said Mayor Bill de Blasio during a news conference.

The first reported death in a Revel moped in the city was that of CBS 2 New York reporter Nina Kapur. She was a passenger on a moped that crashed in Brooklyn in July 18.  She died a short time after the crash at Bellevue Hospital.

The second death took place when a man crashed into a light pole on Woodhaven Boulevard in Queens. Jeremy Malave, 32, of Brooklyn, failed to properly navigate the roadway and struck the pole in the center median, said police.

Revel, a ride-sharing startup that operates in several U.S. cities, allows anyone 21 or older with a driver's license, no DUIs, and fewer than two speeding tickets who consent to a check of their driving record to climb onto a machine that tops out at 29 mph for just 25 cents and rip around the streets of the nation's largest city in the few phone-taps and minutes it takes to register.

The rentals came with two helmets but some users opt not to use them.