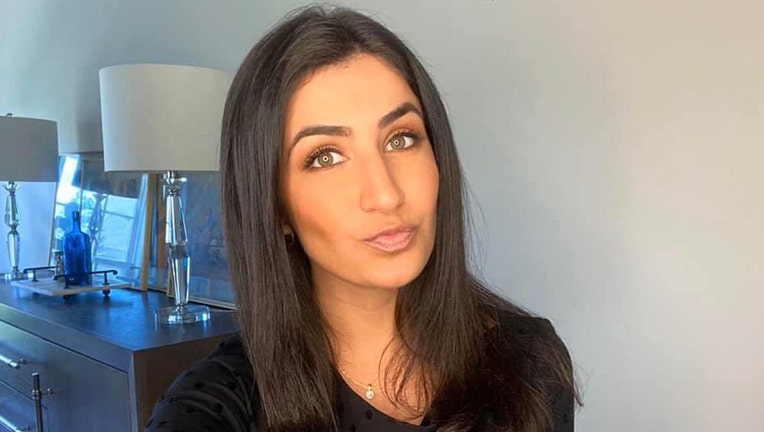 WCBS-TV reporter Nina Kapur shared this selfie from her home on April 6, 2020. (Via Twitter @ninakapur1)

NEW YORK (AP) - A reporter for a CBS affiliate in New York has died in a moped crash, the station announced.

CBS2 New York reporter Nina Kapur was riding as a passenger on a moped that crashed in Brooklyn on Saturday, police said. She was taken to Bellevue Hospital, where she died. The driver of the moped suffered minor injuries.

"We are heartbroken here at CBS2 as a member of our news family has passed away," the station said in a statement. "Our thoughts and prayers are with Nina's family. She will be missed."

Police said Kapur was riding on a Revel scooter, part of a fleet of electric mopeds operated by a ride-sharing startup, when the driver swerved and both riders were thrown from the vehicle. The accident is under investigation.

Kapur, 26, was a graduate of Syracuse University. She joined CBS2 last year after stints at WDVM TV in Maryland and News12 in Norwalk, Connecticut.