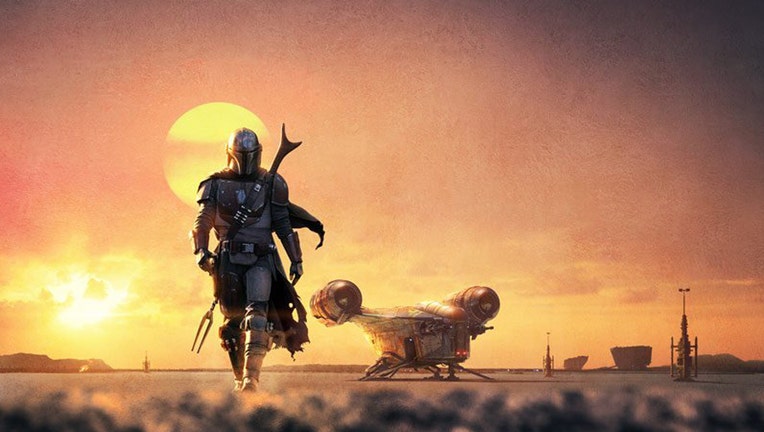 Promotional artwork for the Disney+ show "The Mandalorian," part of the "Star Wars" universe. (Poster courtesy of The Walt Disney Co./LucasFilm Ltd.)

LOS ANGELES (AP) - Not even a pandemic and television production shutdown can keep Baby Yoda down. A new season of "The Mandalorian" will arrive next month.

An announcement on the Star Wars Twitter account Wednesday said new episodes would be available on Disney+ starting Oct. 30.

Created by Jon Favreau, the first live-action "Star Wars" television series became a major hit for the streaming service at its launch. It follows a stoic, duty-bound bounty hunter and his quest to protect a small being who's been christened by fans as Baby Yoda.

The diminutive yet Force-full character, designated The Child by producers, lept into pop culture and meme stardom after its reveal at the end of the first season's first episode.

"The Mandalorian's" debut season will vie for a best drama Emmy Award later this month. The status of a second season debut had been unclear with the industry-wide production shutdown because of the coronavirus pandemic. The show is created with "virtual production" techniques, including LED video walls that display alien landscape backgrounds.

The announcement tweet did not contain any footage or other details, only the show's title screen with the Mandalorian and Baby Yoda characters in silhouette.