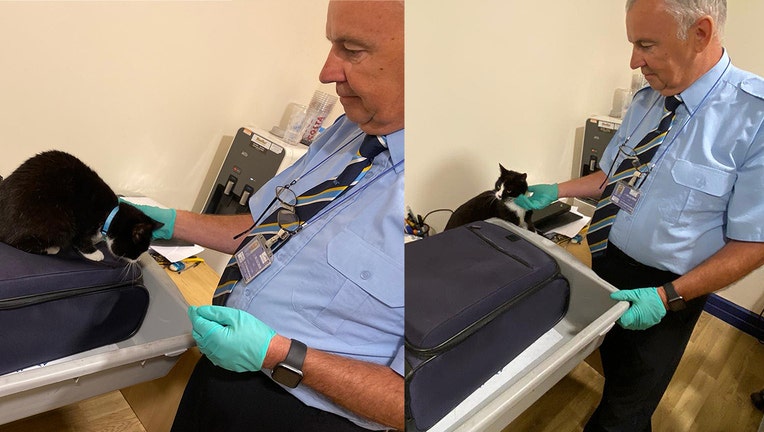 LONDON - Airport security stopped a couple flying to New York from London due to a stowaway passenger - their 5-year-old cat Candy Coole had snuck inside their luggage as they were packing for the trip.

Voirrey Coole said she and her husband went straight to security where the bag containing Candy was pulled aside.

She said security took them to a separate room where they asked her what was inside the bag. Knowing that Candy can be an escape artist, it finally dawned on Coole that it had to be her sneaky pet hiding in the luggage.

“The second they pulled us into a side room, the penny dropped and I asked if a cat was in there. They said yes and before they even opened the bag I said I bet it was Candy as she has a form for sneaking into places and going missing,“ Coole said.

Coole added security was extremely helpful in getting Candy back home.

“Everyone was laughing and security staff were relieved!” Coole said.

Coole’s father rushed back to the airport to pick up Candy. The stowaway gave everyone a good laugh and Coole added that Candy doesn’t seem to like when the couple go on vacation.

She recalled a time Candy escaped their house and actually hitched a ride on a passing van. She was missing for two weeks.

“She was sighted in a different town whilst I was in holiday in Majorca, and I had to phone my parents then to get them to catch her,” Coole said.