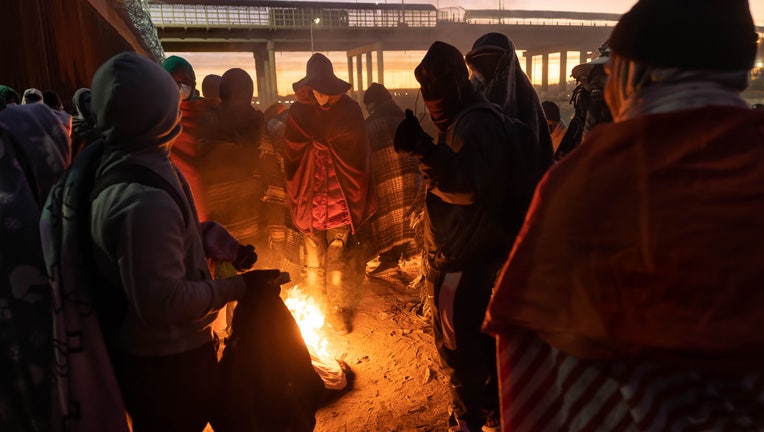 Immigrants warm by a fire at dawn after spending a night alongside the U.S.-Mexico border fence on December 22, 2022 in El Paso, Texas. A spike in the number of migrants crossing over to seek asylum in the United States has challenged local, state an

Texas authorities have not confirmed their involvement, but the bus dropoffs are in line with previous actions by border-state governors calling attention to the Biden administration’s immigration policies.

The buses that arrived late Saturday outside the vice president's residence were carrying around 110 to 130 people, according to Tatiana Laborde, managing director of SAMU First Response, a relief agency hired by the city of Washington to serve thousands of migrants that have been dropped off in recent months.

Local organizers had expected the buses to arrive Sunday but found out Saturday that the group would get to Washington early, Laborde said. The people on board included young children.

Some were wearing T-shirts despite temperatures hovering around 15 degrees Fahrenheit (-9 degrees Celsius). It was the coldest Christmas Eve on record for Washington, according to the Washington Post. 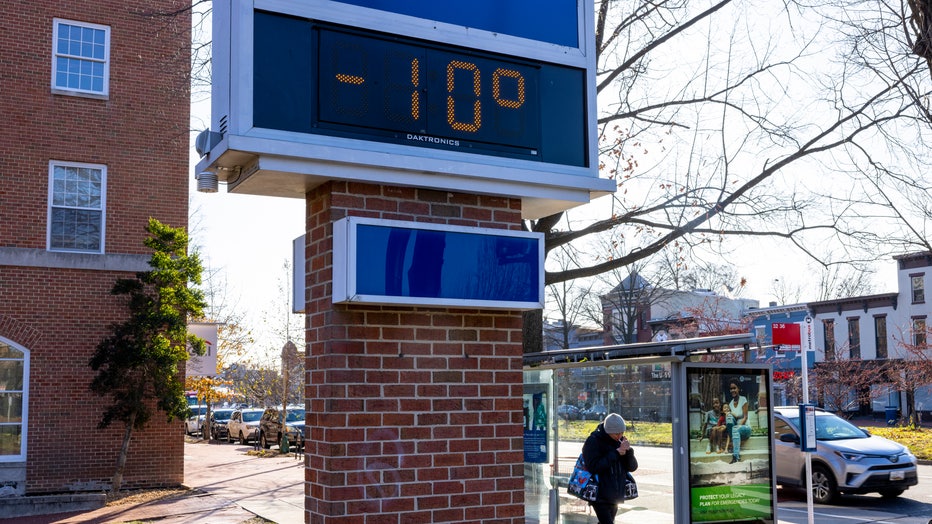 A person walks down Pennsylvania Avenue in the morning during the bitterly cold weather on December 24, 2022. (Photo by Robb Hill for The Washington Post via Getty Images)

Laborde said employees had blankets ready for the people who arrived on Christmas Eve and moved them quickly onto waiting buses for a ride to an area church. A local restaurant chain donated dinner and breakfast.

Most of the arrivals were headed to other destinations and expected to remain in Washington only briefly.

Gov. Greg Abbott's office did not respond to a request for comment Sunday morning. His office said last week that Texas has given bus rides to more than 15,000 people since April to Washington, New York, Chicago, and Philadelphia.

Abbott and Arizona Gov. Doug Ducey, both Republicans, are strong critics of President Joe Biden on his handling of the U.S.-Mexico border, where thousands of people are trying to cross daily, many to seek asylum. Officials on both sides of the border are seeking emergency help in setting up shelters and services for migrants, some of whom are sleeping on streets.

New video shows a bus carrying undocumented immigrants arriving in Washington, D.C., after being sent there by Texas Gov. Greg Abbott as a response to what he believes are poor federal immigration policies from the Biden administration. Abbott announced last week that he was directing the Texas Division of Emergency Management to transport migrants released from federal custody in Texas to the national's capital and other locations outside the state.

Republicans argue Biden and Harris, designated the administration's point person on the root causes of migration, have relaxed restrictions that induced many people to leave their countries of origin. Biden has ended some policies but kept others enacted by former President Donald Trump, whose administration also grappled with spikes in border crossings and at one point separated immigrant families and children as a deterrence initiative.

"As we have repeatedly said, we are willing to work with anyone – Republican or Democrat alike – on real solutions, like the comprehensive immigration reform and border security measures President Biden sent to Congress on his first day in office, but these political games accomplish nothing and only put lives in danger," Hasan said in a statement Sunday.