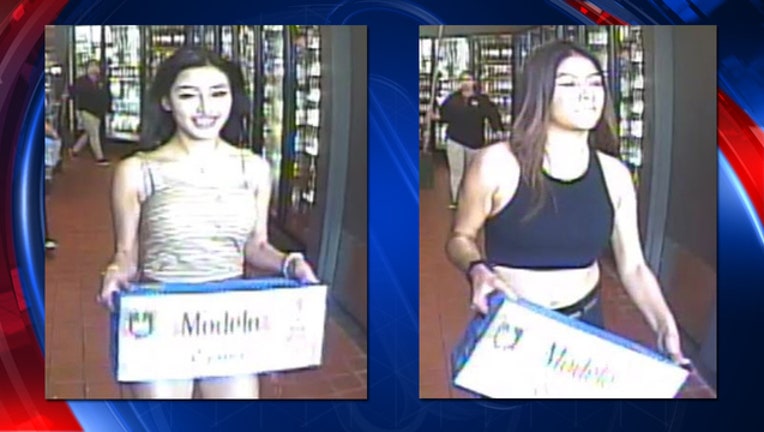 "These two female suspects stole five packs of @ModeloUSA beer from the same #QT on July 1, July 4, and July 9." (Fort Worth Police Department)

FORT WORTH, Texas (FOX 7 Austin) - Police are asking for the public's assistance in identifying and locating two teenage girls who have been stealing beer from a QT gas station in Fort Worth.

The suspects would exit out of a side door without paying for the cases of beer.

Both suspects are believed to be between 17–21 years old, according to police. They were seen leaving the gas station in both a white BMW and a gray Chevrolet Trailblazer.

Anyone who recognizes them is asked to call the Fort Worth Police Department at 817-392-3193.