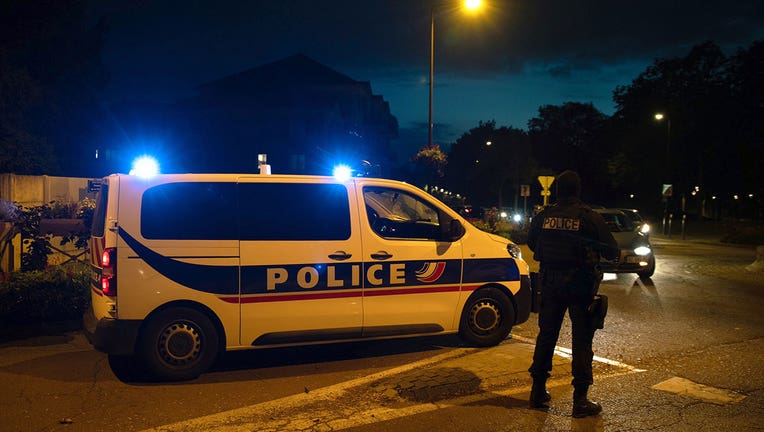 French police officers stand guard a street in Eragny on October 16, 2020, where an attacker was shot dead by policemen after he decapitated a man earlier on the same day. (Photo by ABDULMONAM EASSA/AFP via Getty Images)

PARIS - A history teacher who opened a discussion with students on caricatures of Islam’s Prophet Muhammad was decapitated in a French street on Friday and police have shot the suspected killer dead, a police official said.

The French anti-terrorism prosecutor has opened an investigation into the slaying for murder with a suspected terrorist motive, the prosecutor's office said. The gruesome incident occurred in the town of Eragny, in the Val d’Oise region northwest of Paris.

A police official said the suspect, armed with a knife and an airsoft gun was shot to death by police about 600 meters (yards) from where the male teacher was killed. The teacher had been threatened after opening a discussion “for a debate” about the caricatures, the police official told The Associated Press.

The official could not be named, not being authorized to discuss ongoing investigations.

It was the second terrorism-related incident since the opening of an ongoing trial on the newsroom massacre in Jan. 2015 at the satirical newspaper Charlie Hebdo.

The paper recently republished caricatures of the prophet. A young man from Pakistan was arrested after stabbing, outside the newspaper’s former offices, two people who suffered non life-threatening injuries.