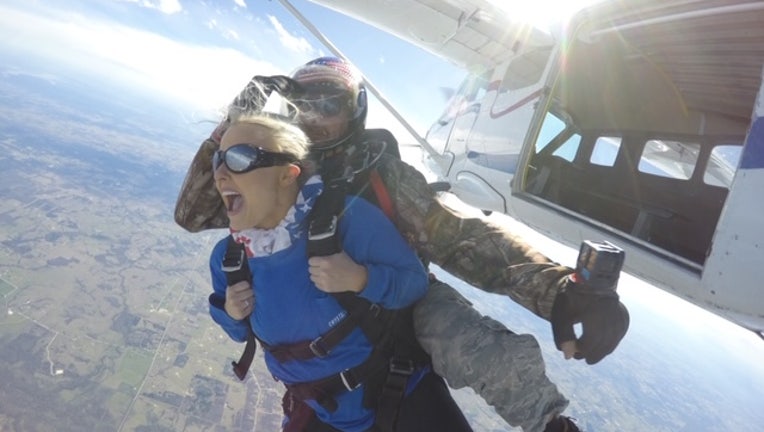 HOUSTON - A Houston couple is celebrating Leap Day in a big way!

Emily and John met in Houston 10 months ago, walking around their neighborhood while walking their rescue chihuahuas. John had plans to propose to her on Valentine's Day, but their car was broken into that night. To make matters worse, he came down with the flu the week after.

Sensing that John was feeling down about the foiled plans, Emily planned a surprise skydive on Leap Day.

In the Irish tradition, a woman asks a man to man to marry her on Leap Day, and since Emily and John are both from Irish Catholic families, she decided to make the most of the opportunity that comes once every four years. 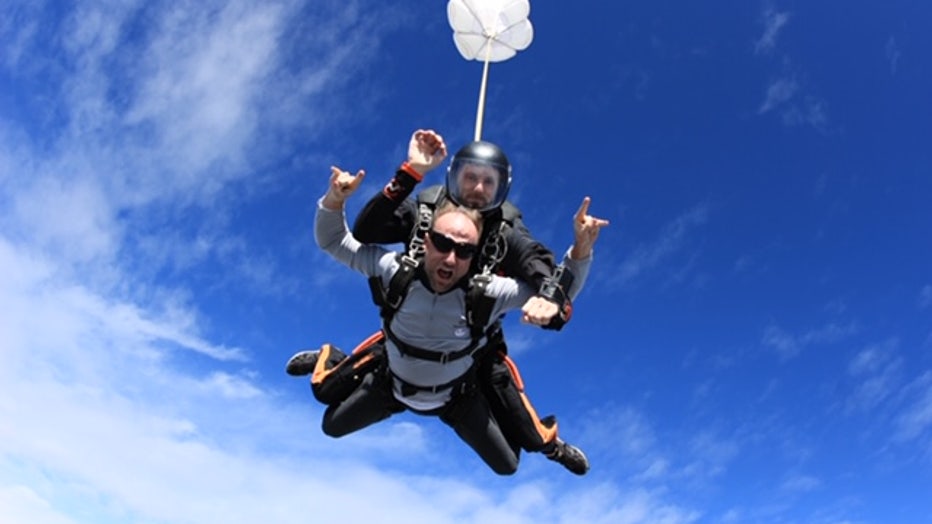 “Today on leap day, will you take a leap of faith with me and marry me?” Emily asked before the big jump.

After, of course, saying yes, John jumped out of the plane first, landing in time to be ready when Emily arrived, waiting on one knee to return the proposal! 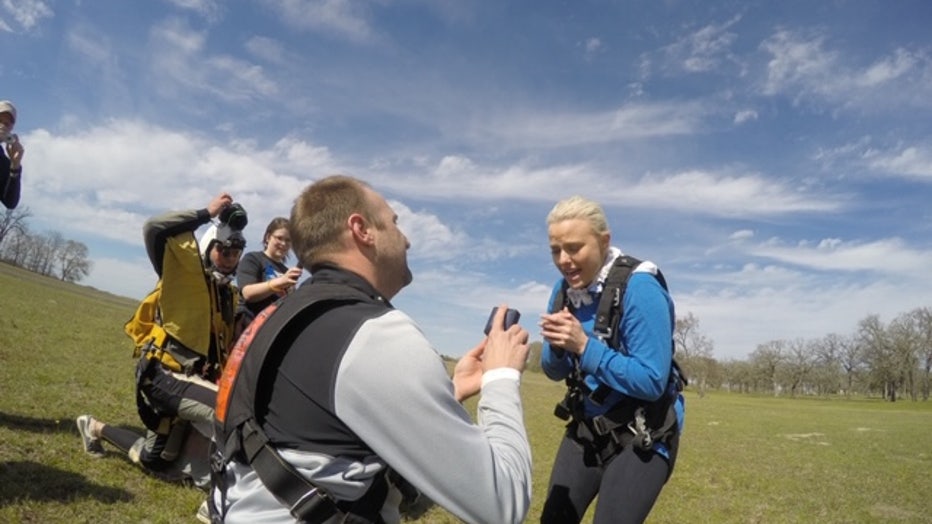 "Proposals don't have to be perfect," Emily said. "Even if you have really bad luck, the right time will come." 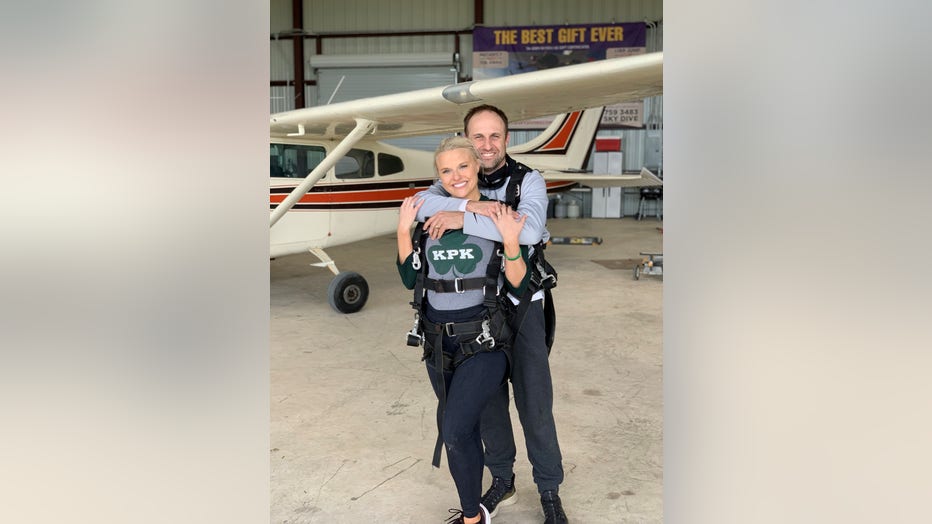