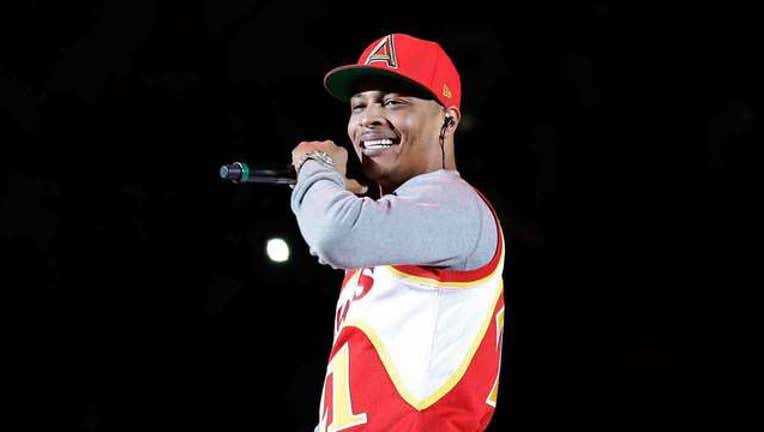 FILE- Rapper T.I. performs before the start of an NBA basketball game between the Indiana Pacers and the Atlanta Hawks, Saturday, Nov. 1, 2014, in Atlanta. (AP Photo/David Goldman)

NEW YORK (FOX 5 NY) - Rapper T.I. says he won't be voting for Hillary Clinton for president or for any other woman.  During a radio interview Tuesday, T.I. told DJ Whoo Kid that  "women make rash decisions, emotionally." The rapper, however, can't vote because he has a felony on his record, reported TMZ.

Video of the expletive-filled interview was posted on YouTube.

"I can't vote for the leader of the free world to be a woman. Every other position that exists, I think a woman could do well, but president?" said T.I. "They make very permanent and cemented decisions and later it's like it didn't happen or they didn't mean for it to happen. I would sure hate to set off a nuke. I think you could get the Loch Ness monster elected before (a woman.)"

A short time later, the rapper issued an apology via Twitter:

"My comments about women running for president were unequivocally insensitive and wrong. I sincerely apologize to everyone I offended."