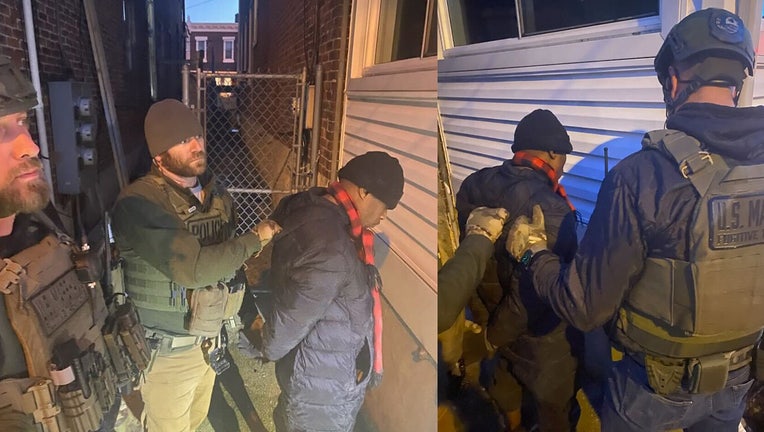 Termaine Saulsbury, 39, was arrested Wednesday and accused of shooting a gas station worker in the Bronx and a Parking Authority worker in Philadelphia.

NEW YORK - Police say they have arrested the suspected wanted for allegedly shooting a gas station worker in the Bronx and a Philadelphia Parking Authority Officer.

Termaine Saulsbury, 39, was arrested Wednesday night in an abandoned house in Philadelphia, according to a spokesperson from the U.S. Marshal's Office.

Saulsbury is accused of shooting a Sunoco gas station employee in the head in the Allerton section of the Bronx on November 22. Police say he approached the locked Sunoco station on Boston Road and shot the victim, a 59-year-old man, twice at point-blank range.

EMS responded and rushed the victim to NYC Health and Hospitals/Jacobi where he was listed in critical condition.

"We believe both acts right now appear to be random, there was no rhyme or reason to these incidents," Philadelphia Police Captain John Walker said about the shootings.