Police are searching for a man who they say broke into a Collingswood home and assaulted two residents before setting the house on fire. FOX 29's Jeff Cole reports.

COLLINGSWOOD, N.J. - Authorities in Camden County are searching for a man who they say broke into a Collingswood home and assaulted two residents before setting the house on fire.

Firefighters were dispatched to a home on the 200 block of Crestmont Terrace just before 2:30 p.m. Sunday.

After crews extinguished the fire, they discovered a victim inside the home suffering from injuries not related to the fire.

Investigators later learned that a man broke into the home and assaulted the two victims while demanding money. Officials say the suspect set the house on fire before he left.

Neighbors told FOX 29 that one victim, who was allegedly stabbed by the suspect, is a man in his 30s. The other victim was identified by neighbors as the man's girlfriend.

Both victims were taken to Cooper University Hospital, where the man was listed in critical condition. The woman was treated for smoke inhalation. 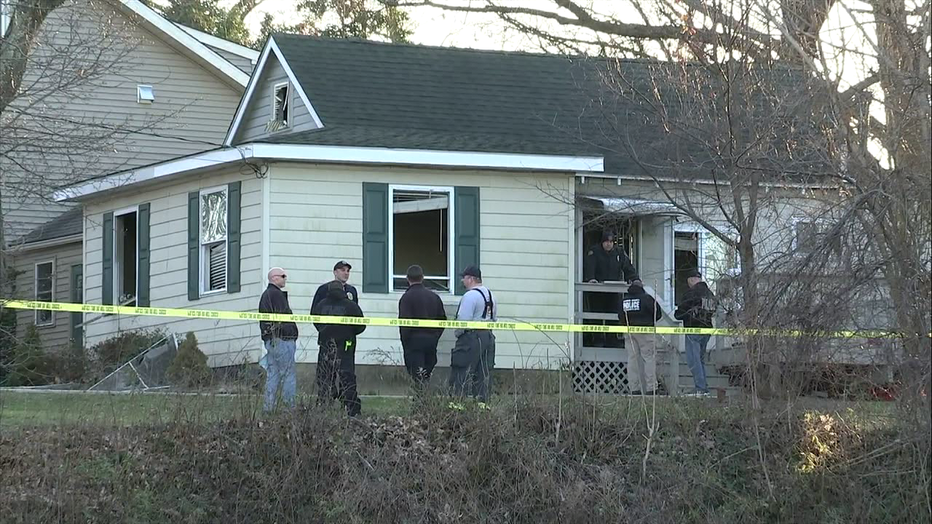 Police described the suspect as a thin man with a dark complexion, short beard and dark hair. He was reportedly wearing a yellow winter hat and a yellow and black zip-up sweatshirt.

Anyone with information is urged to contact Camden County Prosecutor’s Office Det. Mike Batista at 856-676-8175 or Collingswood Police Sgt. William Lyons at 609-868-0266.