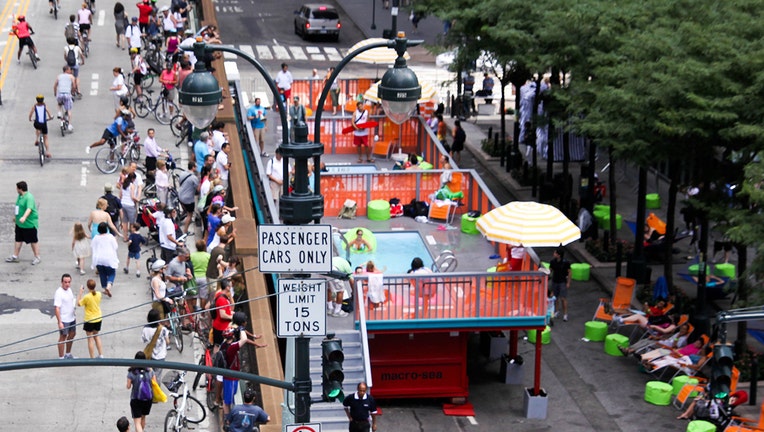 NEW YORK - One candidate for mayor wants to win the hearts and minds of New Yorkers by giving fun, quirky things to do in the streets: like go for a dip inside a Dumpster.

City Comptroller Scott Stringer released a plan for what he calls Summer in the City, which would have the city install pop-up pools in neighborhoods disproportionately impacted by heat and lacking in green spaces. The mini pools would be in the form of repurposed Dumpsters, which the city has already done in Manhattan in 2010 and in Brooklyn Bridge Park in 2013.

"The City should explore ways to use Open Streets and City-owned vacant lots as supervised swimming destinations for kids and others, while ensuring lifeguards are available where pools are placed," Stringer's plan states.

The Democrat also said he wants to move forward with a long-stalled plan to bring Olympic-sized swimming pools that would float in the middle of New York City's waterways. 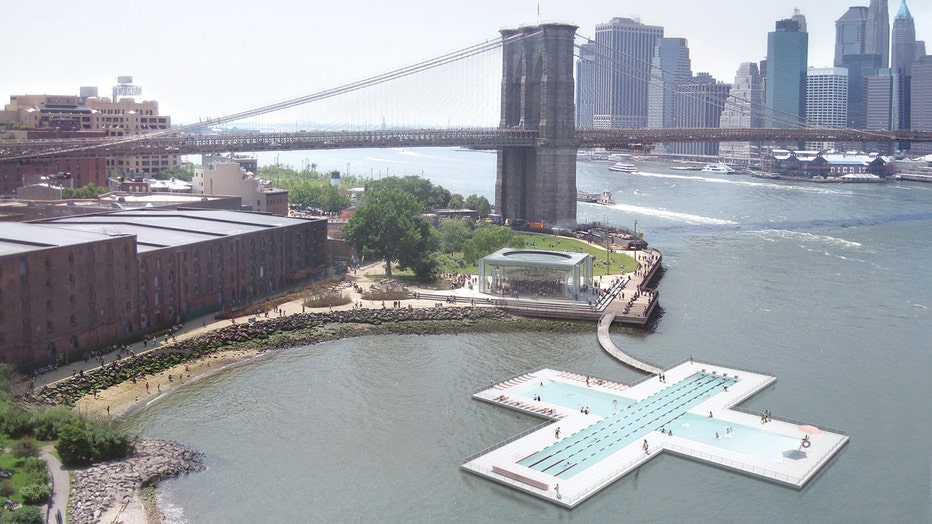 A conceptual image showing a floating swimming pool in the East River near the Brooklyn Bridge. (Family New York rendering courtesy of Friends of + Pool)

A nonprofit has already conceived of the pool, which it calls a "+ Pool" because it is shaped like a plus sign, but the project never went anywhere. The pool would filter water from the waterway itself.

"Our kids and families are so desperate for fun, and we absolutely have to give that to them this summer," Stringer said in a statement. "For the long term, I believe that having + Pools in the city's waterfront will create places for New Yorkers to swim that are unlike anything anywhere else in the world."

The plan also advocates opening the city's beaches and outdoor pools on Memorial Day (but with capacity guidelines due to the pandemic), connect protected bike lanes to the beaches, bringing back and even expanding free swimming classes, and distributing free sunscreen at pools, parks, playgrounds, and beaches. 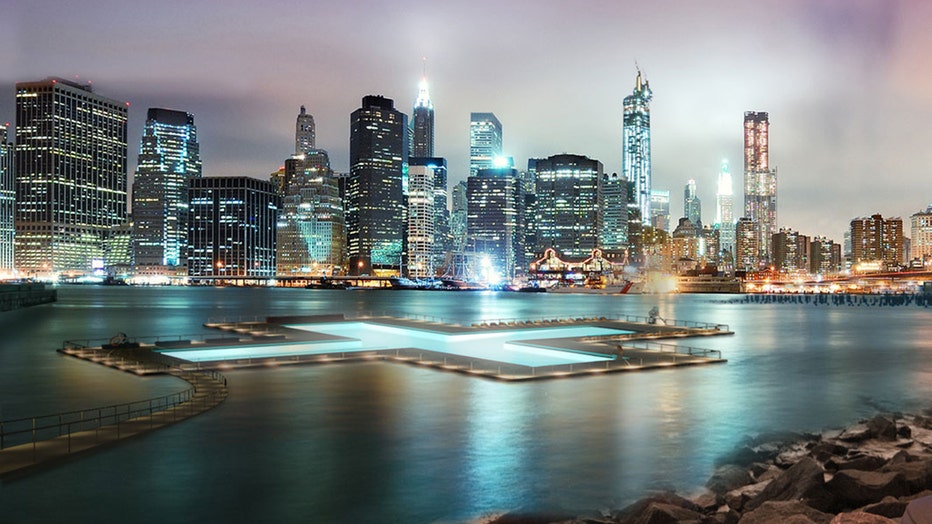