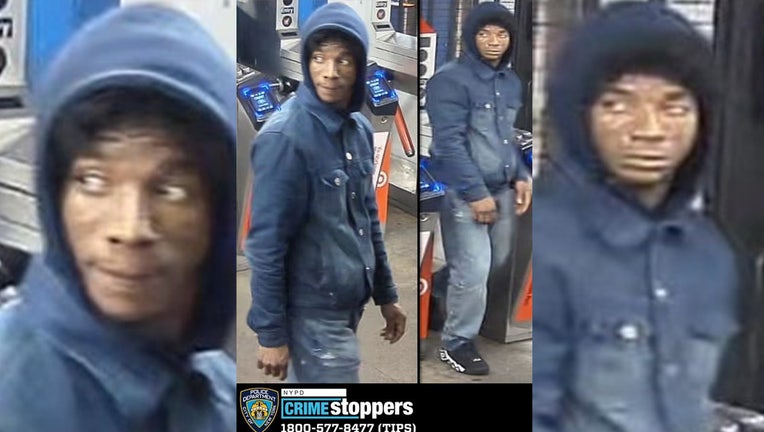 The NYPD is hunting for a suspect wanted for sexually abusing two women in the New York City subway over the last few weeks.

NEW YORK - The NYPD is searching for a man they say sexually abused two women at subway stations in Washington Heights and in the Bronx over the last few weeks.

Authorities say that on October 26, a 59-year-old woman was walking up the stairs at the East Bedford Park Boulevard/Grand Concourse subway station in the Bronx when the suspect approached her and pressed his head against her buttocks.

He then immediately fled the scene.

Then, on November 12, a 45-year-old woman was refilling her MetroCard inside the West 181st Street subway station in Washington Heights when the suspect approached her, exposed his genitals, and began rubbing them against her back.

Again, the suspect then ran from the station in an unknown direction.

Neither of the victims was injured.

The suspect is described as a man with a dark complexion, roughly 25 to 30 years old, with a black afro. He was last seen wearing a blue jean jacket, a black shirt with a hoodie, light-colored pants, and black sneakers.