Demetrius Harvard, 30, of the Bronx is behind the derailment at the 14th Street subway station, according to the NYPD.

NEW YORK - An arrest was made in the derailment of an A train Sunday that injured three passengers. Demetrius Harvard, 30, of the Bronx, threw construction debris onto the tracks in Chelsea causing the derailment, authorities said.

The derailment happened at about 8:15 a.m. at the 14th Street and Eighth Avenue station in Manhattan. Interim New York City Transit president Sarah Feinberg said a northbound A train hit debris as it was pulling into the station.

The incident caused several hundred feet of the third rail to collapse, knocking out power to the entire station and causing extensive backups throughout the entire subway system. Investigators are saying it may have been the result of sabotage.

Feinberg said the 134 passengers on board the train were safely evacuated. A fire department spokesperson said three of the riders suffered minor injuries. One person was taken to a hospital for evaluation and the other two declined treatment.

According to reports, Harvard, thought to be homeless, may have placed some type of metal construction material onto the track, causing the derailment. He was seen at the station laughing while the chaos unfolded. 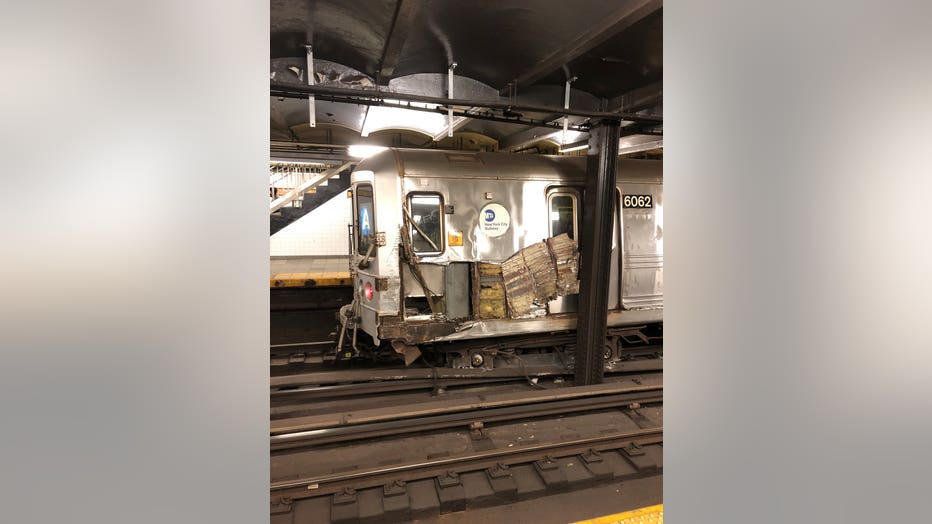 Good Samaritans then grabbed the suspect and held him until authorities arrived.

The derailment shut down power and disrupted service on the Eighth Avenue line, but by late Sunday afternoon 'extremely limited' service on the A and C trains had resumed. Service was back to normal by Monday morning. Transit officials said 125 passengers were safely evacuated from another train that was stuck in the tunnel near 34th Street when the power went out.