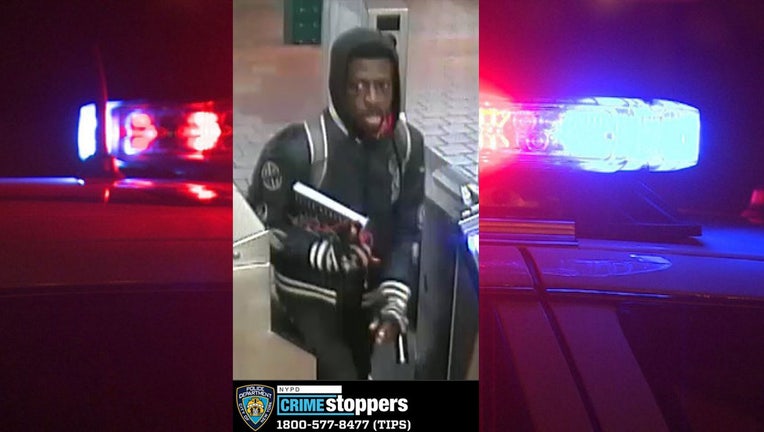 The NYPD is on the hunt for a man they say stabbed a rider in the subway in Harlem.

NEW YORK - The NYPD is investigating after a man stabbed a subway rider in the back early Friday morning.

According to authorities, at around 4:20 a.m. on October 28 a 58-year-old man was walking on a southbound A line platform at the 125th Street-St. Nicholas Avenue station in Harlem.

Police say the man was approached by the suspect, who attempted to engage him in a verbal dispute.

When the victim ignored him and did not respond, authorities say the suspect followed the victim, pulled out a knife, and stabbed the victim once in the upper back.

After the incident, the attacker ran out of the subway station.

The victim was rushed to Mount Sinai-Morningside Hospital in stable condition where he received multiple stitches for his wound.

The suspect is described as a man with a dark complexion, between 28 and 35 years old, standing roughly 5'8" tall, with a thin build.

Anyone with information is asked to call the NYPD's Crime Stoppers Hotline at 1-800-577-TIPS (8477) or for Spanish, 1-888-57-PISTA (74782). The public can also submit their tips by logging onto the CrimeStoppers website at https://crimestoppers.nypdonline.org/ or on Twitter @NYPDTips.

The MTA is going to hire private security guards in part of its effort to crack down on fare evasion in the NYC subway system.