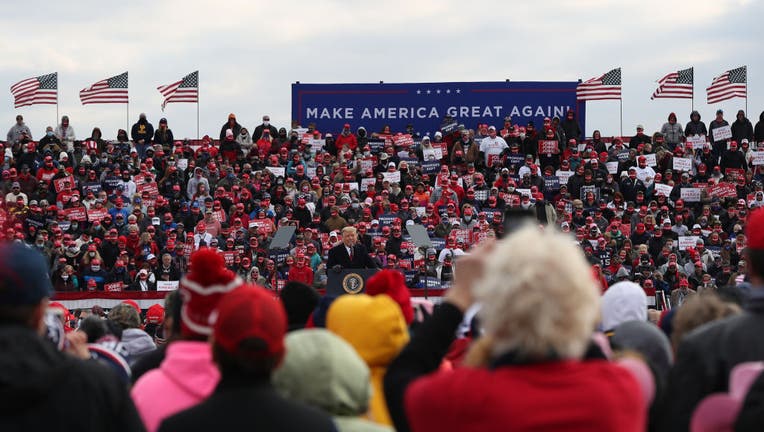 US President Donald Trump addresses his supporters during a rally in Pennsylvania. (Photo by Tayfun Coskun/Anadolu Agency via Getty Images) (Getty Images)

According to a new study from Stanford University, President Donald Trump's campaign rallies have led to over 30,000 confirmed COVID-19 cases and likely caused the death of 700 Americans.

The paper, which was released Friday, examined 18 Trump rallies between June and September, following subjects for ten weeks after each rally.

"The communities in which Trump rallies took place paid a high price in terms of disease and death," the study concludes.

The study found that rates of COVID-19 transmission jumped in communities that hosted Trump's rallies, as opposed to areas where he did not hold events.

"Our analysis strongly supports the warnings and recommendations of public health officials concerning the risk of COVID-19 transmission at large group gatherings, particularly when the degree of compliance with guidelines concerning the use of masks and social distancing is low," the study says.