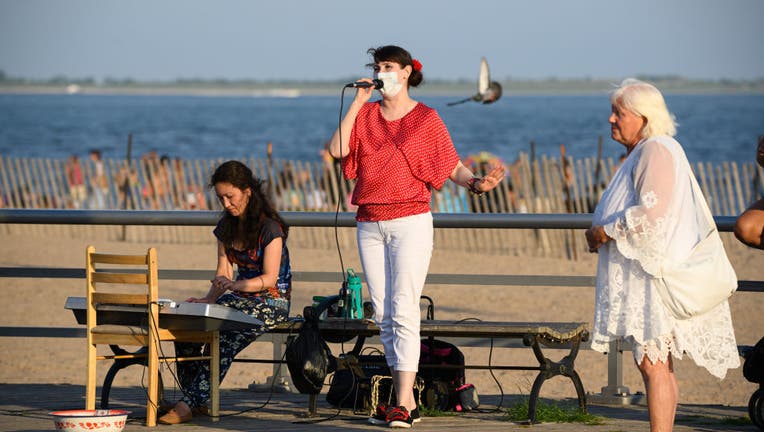 A new study suggests that performers could sing or play softly in order to reduce the risk of spreading COVID-19.

According to The Guardian, the study, from professors at the University of Bristol offers hope to performers who have been restricted from performing in public since the outbreak began.

The study, which has not yet been peer-reviewed, asked 25 professional singers to breathe, speak, cough, and sing into funnels. Scientists then measured the mass of tiny droplets suspended in the air, known as aerosols, were produced.

There is increasing evidence that coronavirus can be spread through aerosol particles.

“It is not about the vocalisation – whether it’s singing or speaking – it is about the volume,” said Jonathan Reid, a professor of physical chemistry at the University of Bristol and a co-author of the research. “Just by singing a little bit more softly you really reduce the risk.”