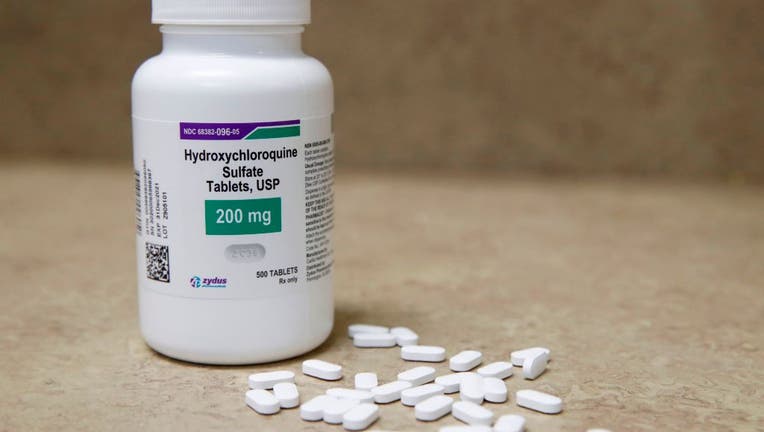 A bottle and pills of Hydroxychloroquine sit on a counter at Rock Canyon Pharmacy in Provo, Utah, on May 20, 2020. - US President Donald Trump announced May 18 he has been taking hydroxychloroquine for almost two weeks as a preventative measure again

According to a new study, the controversial drug Hydroxychloroquine may help COVID-19 patients beat the virus.

The study from Henry Ford Health System in Michigan and published in the International Journal of Infectious Diseases, focused on 2,541 hospitalized patients and found that those given the anti-malarial drug had a higher survival rate when compared to those who weren’t given the same treatment.

Roughly 13 percent of those given the drug died, compared with 26 percent who did not take Hydroxychloroquine.

"Our results do differ from some other studies," Dr. Marcus Zervos, who heads the hospital's infectious diseases unit, said at a news conference. "What we think was important in ours ... is that patients were treated early. For hydroxychloroquine to have a benefit, it needs to begin before the patients begin to suffer some of the severe immune reactions that patients can have with COVID."

A statement from the Trump campaign hailed the study as "fantastic news."

"Fortunately, the Trump Administration secured a massive supply of hydroxychloroquine for the national stockpile months ago," a statement read. "Yet this is the same drug that the media and the Biden campaign spent weeks trying to discredit and spread fear and doubt around because President Trump dared to mention it as a potential treatment for coronavirus."

It added: "The new study from the Henry Ford Health System should be a clear message to the media and the Democrats: stop the bizarre attempts to discredit hydroxychloroquine to satisfy your own anti-Trump agenda. It may be costing lives."

President Donald Trump had been sharply criticized for encouraging the use of the drug over its potentially fatal side effects.

The FDA rescinded its emergency use authorization for both hydroxychloroquine and chloroquine to treat COVID-19 patients in June.