Wind knocks down trees in Queens and Brooklyn

Windy and wet weather knocked trees down in the New York area on Wednesday, Nov. 30, 2022. This video shows a fallen tree on a house in Flushing, Queens, and another tree on a sidewalk in Cobble Hill, Brooklyn.

The National Weather Service reported wind gusts of 30 mph to 40 mph along the coast. A Wind Advisory was in effect for Brooklyn and Queens, all of Long Island and Connecticut, and parts of the Hudson Valley and northwestern New Jersey.

"Winds could down tree limbs and damage unsecured objects. A few power lines could be downed as well," the National Weather Service said. "While flooding is not expected, brief heavy downpours could still impact the evening rush." 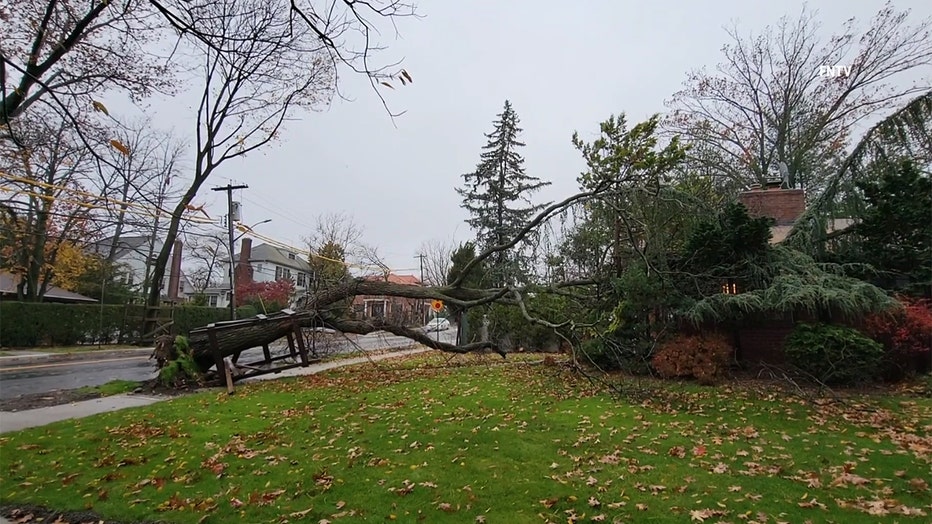 Several trees were reported knocked down, including one that hit a house in Queens and another that fell on parked vehicles in Brooklyn.

Video from 163rd Street in Flushing showed an uprooted tree resting on a ranch-style house. The tree blocked the sidewalk in front of the house. The fallen tree appeared to have a wooden plank frame around the trunk.

Another video showed a fallen tree leaning on an SUV on Henry Street in Cobble Hill. Crews later chopped up most of the tree.

"Although there is higher confidence of the strongest gusts occurring the advisory areas, there is still a least a low chance of gusts 45 to 55 mph elsewhere, particularly right ahead and behind the passage of the cold front," the National Weather Service said.

Gale Warnings are in effect for all waters into Wednesday night. 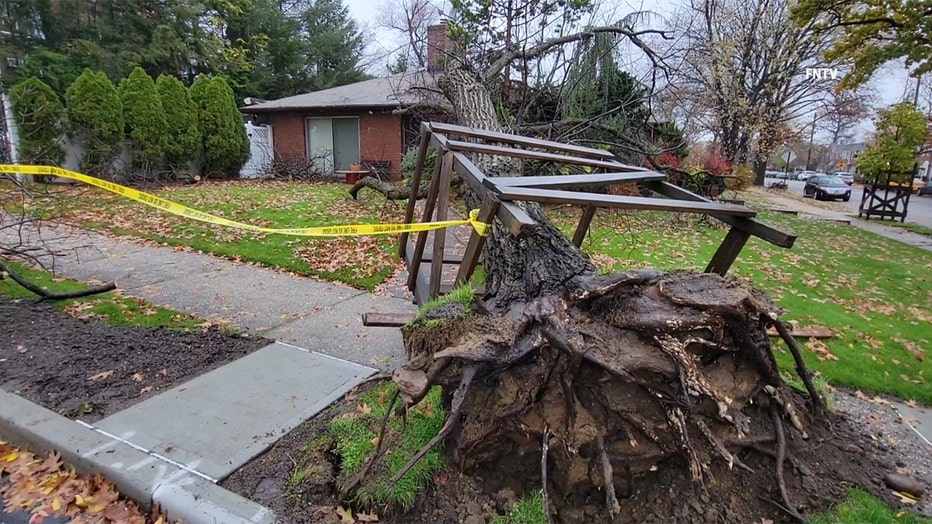 The fallen tree appears to have a wooden plank frame around the trunk. The tree fell on Wednesday, Nov. 30, 2022. (FNTV via FOX 5 NY)