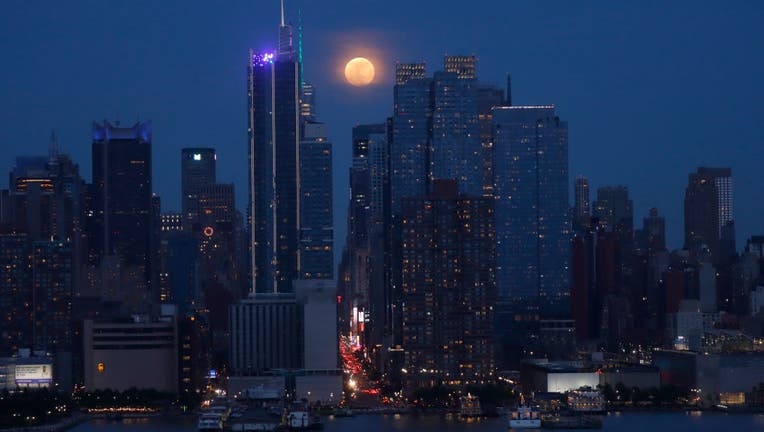 The full Super Flower Moon rises behind the skyline of midtown Manhattan and the Empire State Building in New York City before the start of a lunar eclipse on May 15, 2022, as seen from Weehawken, New Jersey. (Photo by Gary Hershorn/Getty Images)

The so-called ‘Strawberry Supermoon’ is set to light up the nighttime sky beginning Sunday night and through June 15.

The moon will be at its brightest on Tuesday evening when it comes closest to earth.

The second supermoon of the year gets its name from the short strawberry harvesting season it coincides with.

According to NASA, a "supermoon" happens when a full moon coincides with the Moon’s closest approach to Earth in its orbit. Scientists say the moon can appear up to 30% brighter and 17% larger than normal.

They only happen three to four times a year, and always happen consecutively.

The supermoon will be visible from June 13 to June 15, weather permitting.

The next supermoon will begin on July 13, and should be visible until July 15.