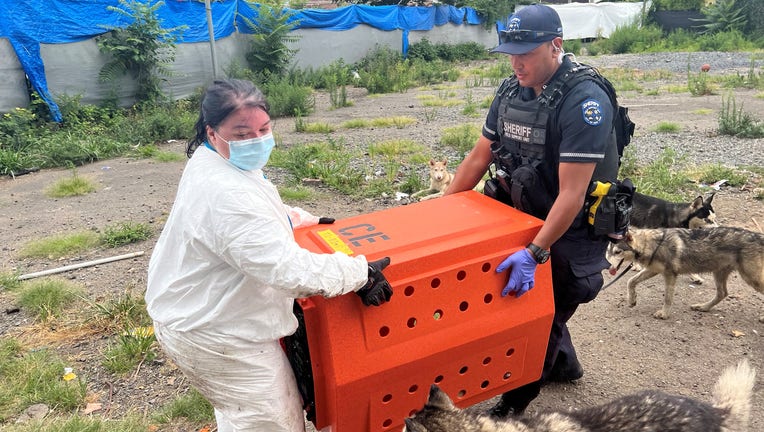 Sheriffs worked with the Staten Island District Attorney and the ASPCA to investigate the complaint.

Authorities say a person involved with the incident has been apprehended and charged with a felony.

"Individuals who commit these types of crimes need to be held accountable. We were happy to partner with these agencies to save these animals," said Sheriff Anthony Miranda. "This is the effectiveness of interagency corporation that the Mayor and Deputy Mayor of Public Safety require from us."

A woman has been left without her guide dog after a deadly mistake at a training facility on Long Island. Now, she is hoping her experience will raise awareness so no-one else has to go through the same pain.