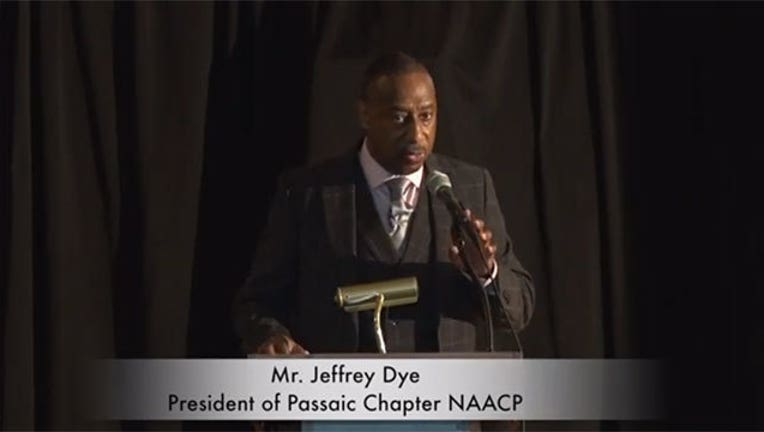 An image from a YouTube video shows Jeffrey Dye.

TRENTON, N.J. (AP) - A state worker who also heads a local NAACP chapter has been fired from his state job after several anti-Semitic and racist social media posts.

A Labor Department spokeswoman confirmed Tuesday that Jeffrey Dye was dismissed. He had been hired in February as a business representative, earning a $56,000 salary.

The Facebook posts by Dye included one that alleged Israel sterilized Ethiopian Jewish immigrants and another that sought to compare atrocities against blacks to those against Jews.

Another cited former state Schools Development Authority CEO Lizette Delgado-Polanco, who recently stepped down over allegations of patronage. He accused her of "hiring all Latino family members and friends and excluding black people."

Dye, who is president of Passaic's NAACP chapter, didn't respond to a message seeking comment.