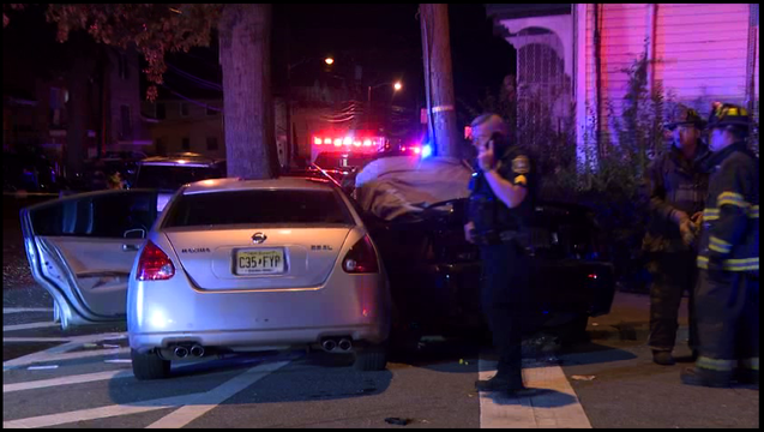 NEWARK, N.J. (AP) - State authorities in New Jersey say they are investigating a fatal crash that occurred when a vehicle being pursued by police struck another car, killing the driver and lone occupant.

Authorities say the fleeing car struck the victim's car broadside at an intersection, pushing it into a utility pole. The victim, who was trapped in his car, was pronounced dead at the scene. His name hasn't been released.

Authorities say two of the men from the other car were taken to University Hospital in Newark with injuries not considered life-threatening. The shooting response task force of the attorney general's office is investigating.