Starbucks-Amazon store with no cashiers

Starbucks and Amazon teamed up to open a grab-and-go store in New York City that doesn't have cashiers.

NEW YORK - Starbucks and Amazon are teaming up on a grab-and-go store format in New York City.

The Seattle-based companies will open their first Starbucks Pickup with Amazon Go location on Thursday in Midtown Manhattan.

The store is located on 59th Street between Park and Lexington Avenues.  At least two more New York stores are planned for next year.

The stores offer the full Starbucks menu prepared by Starbucks baristas as well as prepared salads, sandwiches, and snacks from Amazon Go. There is also a lounge area with tables and workspaces.

Customers can order drinks and food using Starbucks’ app or shop the Amazon Go section, which automatically tallies items added to the cart so customers don’t have to wait in line to check out. 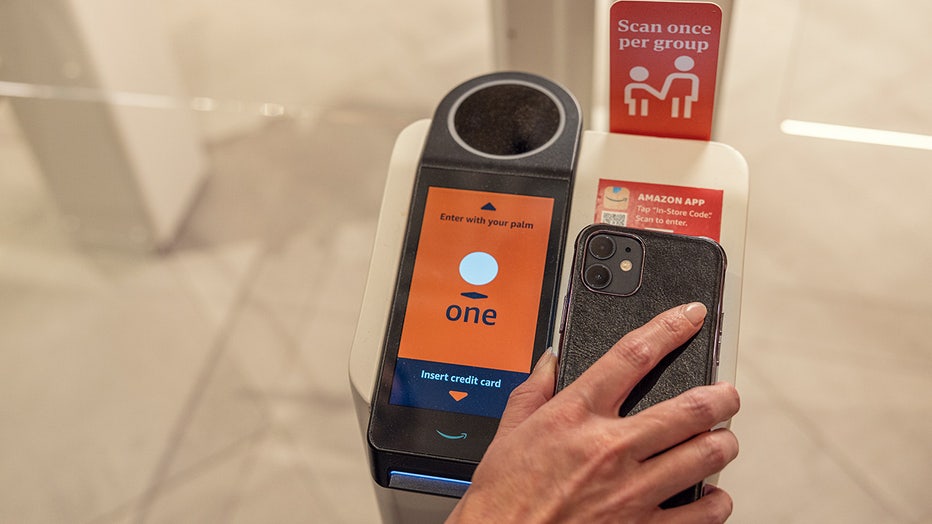 An image provided by Starbucks shows a self-pay station at a new Midtown Manhattan location.

The new Starbucks Pickup with Amazon Go is designed to provide our customers with an experience that delivers convenience and connection in an effortless way," said Katie Young, senior vice president of global growth and development at Starbucks.

The effort is part of a larger shift in store formats for Starbucks. Last year, the company announced it was accelerating a plan to close 400 underperforming stores and replace them with smaller pickup locations or stores focused on curbside or drive-thru service. Even before the pandemic, Starbucks said 80% of its U.S. customer transactions were on-the-go orders.

Amazon, meanwhile, has been expanding its physical presence. The company began opening Amazon Go stores in 2018; it now has more than 20 in Seattle, Chicago, San Francisco, and New York. The company also opened a larger Amazon Go grocery store in Seattle last year.

DETAILS ON HOW TO ORDER AT THE NEW STORE

It looks like Amazon may be trying to encroach on Macy's territory in the heart of Midtown Manhattan.