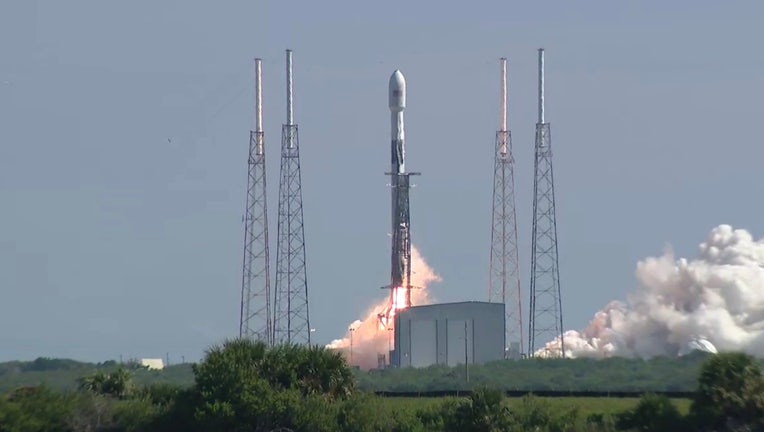 NEW YORK - It's been a great day for SpaceX.

On Tuesday, the company launched another batch of 58 Starlink satellites and three Planet Labs spacecrafts into orbit. But this was not your ordinary launch: it marks a huge milestone for SpaceX with its 100th launch since it began in 2006. This is the 11th Starlink mission for the company.

The Falcon 9 rocket blasted off at 10:31 a.m. from Cape Canaveral Air Force Station in Florida.

The rocket was used in five previous SpaceX missions, marking the first time that a Falcon 9 rocket booster has been reused 6 times.

The Falcon 9 first stage will land on the ‘Of Course I Still Love You’ droneship in the Atlantic Ocean following stage separation.