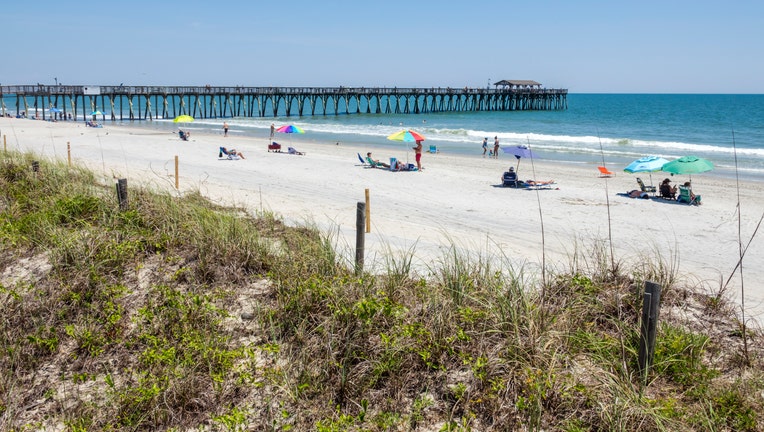 A 63-year-old beachgoer died Wednesday after being struck by a wind-driven umbrella along the Atlantic Ocean in Garden City Beach, South Carolina, authorities reported.

Horry County police said Tammy Perreault was in a beach access area when an umbrella from a nearby hotel was picked up off the ground and thrown into the victim.

Witnesses attended to the South Carolina resident until paramedics arrived and transported her to a nearby hospital, where authorities said she was pronounced deceased.

The incident happened around 12:50 p.m., when the daily afternoon sea breeze was likely at its strongest.

A nearby weather observation site reported wind gusts of upwards of 30 mph, which is typical this time of year, the National Weather Service said.

Strong sea breezes are common along the beaches of the Southeast and the Gulf Coast when the land’s temperature heats up greater than the temperature of the nearby water.

Umbrellas fly above beach during storm

A recent storm sent beach umbrellas flying above the sand and sea at Bethany Beach in Delaware.

The difference in temperature and associated pressure causes a mini front to develop and work inland, which helps to cool coastal and inland areas.