Ed Mullins, the controversial president of the Sergeants Benevolent Association, has resigned, according to an email sent to union members. His resignation followed FBI raids at his home and the union offices.

NEW YORK - The longtime president of the union that represents NYPD sergeants is resigning in the wake of FBI raids on both the union's headquarters and his home, according to a message the union emailed to its members on Tuesday evening.

Sergeants Benevolent Association President Ed Mullins agreed to a request from the union's executive board to resign, according to the email.

The agents were "carrying out a law enforcement action in connection with an ongoing investigation," FBI spokesperson Martin Feely said.

The "nature and scope" of the criminal investigation isn't yet known, the SBA executive board said.

"However, it is clear that President Mullins is apparently the target of the federal investigation," the board wrote in its message. "We have no reason to believe that any other member of the SBA is involved or targeted in this matter." 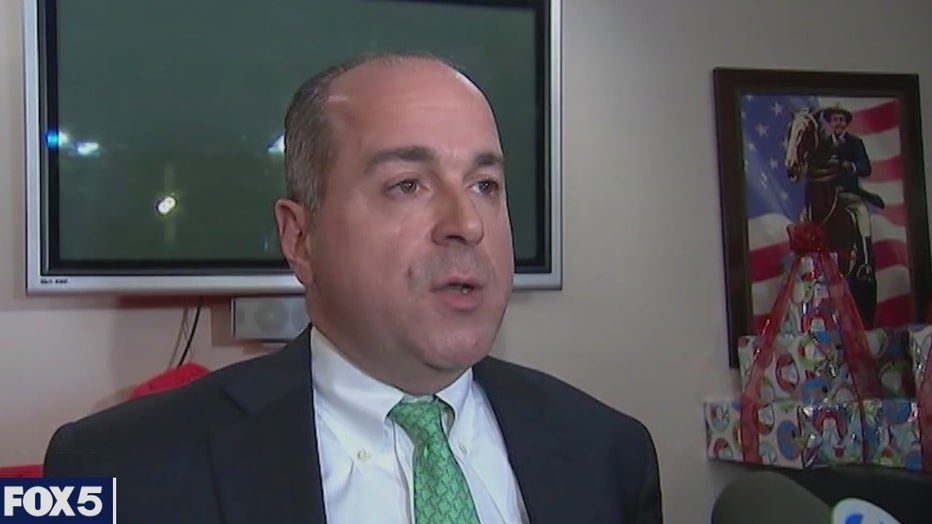 The board said it asked Mullins to resign so that the investigation doesn't disrupt the business of the union.

"Ed Mullins is entitled to the presumption of innocence, and we ask you to withhold judgment until all the facts have been established," the board wrote, adding that the union intends to "fully cooperate" with the probe.

The SBA represents about 13,000 current and retired sergeants and controls a $260 million pension fund.

The outspoken Mullins has generated controversy with his at times profane commentary, especially on social media, regarding officials in City Hall, Congress, and NYPD brass.

"I'm theorizing and guessing that based on what I'm seeing that they're looking into some type of financial impropriety," Burns told FOX 5 NY. "A search warrant instead of simply subpoenaing materials tells you it's at a little harsher level and law enforcement is concerned possibly that materials could vanish."