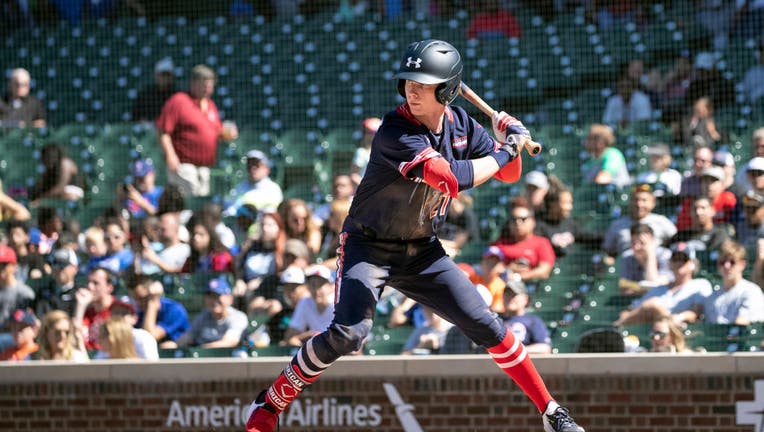 CHICAGO, IL - JULY 22: Pete Crow-Armstrong #21 bats during the Under Armour All-American Game at the Wrigley Field on July 22, 2019 in Chicago, Illinois. (Photo by Stephen Green/MLB Photos via Getty Images)

NEW YORK - Call it a true Hollywood story for first-round pick Pete Crow-Armstrong. And no act at all, in fact.

The son of two thespians is way beyond a little big league now.

Crow-Armstrong and the New York Mets agreed Thursday to a minor league contract with a $3,359,000 signing bonus, the slot value for the 19th overall selection in the amateur draft.

“He was a guy that we had targeted for months and months,” Mets general manager Brodie Van Wagenen said June 10 after the team drafted Crow-Armstrong. “He’s been a big fish in a big pond for a long time, and I think his personality and his confidence will play very well in New York City.”

The Mets snagged the 18-year-old center fielder out of Harvard-Westlake High School in the Los Angeles area — where both of Crow-Armstrong’s parents are accomplished screen actors. 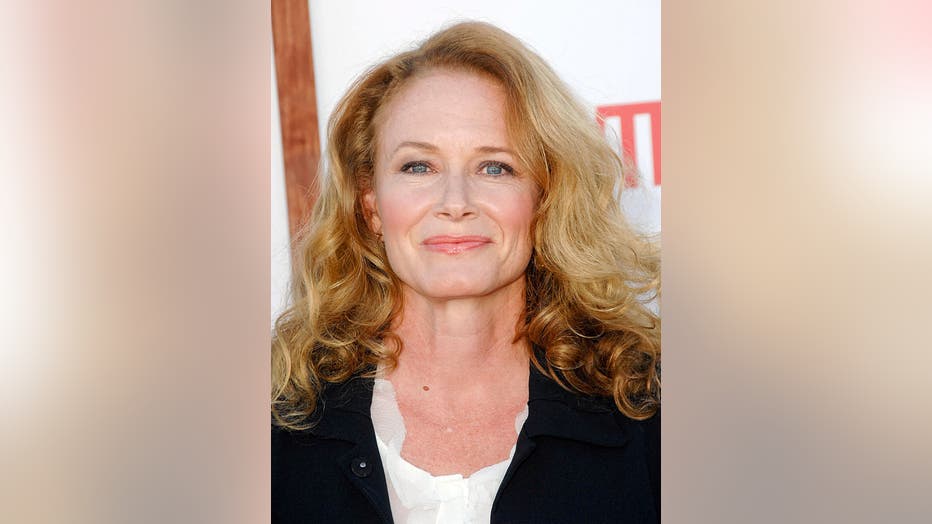 BEVERLY HILLS, CA - AUGUST 03: Actress Ashley Crow arrives at the TCA Party for CBS, The CW and Showtime held at The Pagoda on August 3, 2011 in Beverly Hills, California. (Photo by Albert L. Ortega/WireImage)

His mother, Ashley Crow, has a long list of film and television credits that includes appearances in “Minority Report” and “Heroes.” She even played a significant role in a well-known baseball movie, portraying young Billy Heywood’s mom in the 1994 film “Little Big League.”

“I love the movie, and I think I’d love it if my mom wasn’t in it. But she was obviously also great in it,” Crow-Armstrong said on the night he was drafted.

His father, Matthew John Armstrong, was in dozens of TV shows such as “American Dreams,” “The Young and the Restless” and “American Horror Story.”

Crow-Armstrong hit .514 in 10 games with one strikeout in 42 at-bats before his senior season was stopped due to the coronavirus. He batted .426 with three homers and five triples during his junior season.

According to scouts and evaluators, he possesses elite defensive skills in center with Gold Glove potential — and a top-of-the-order profile as a hitter. 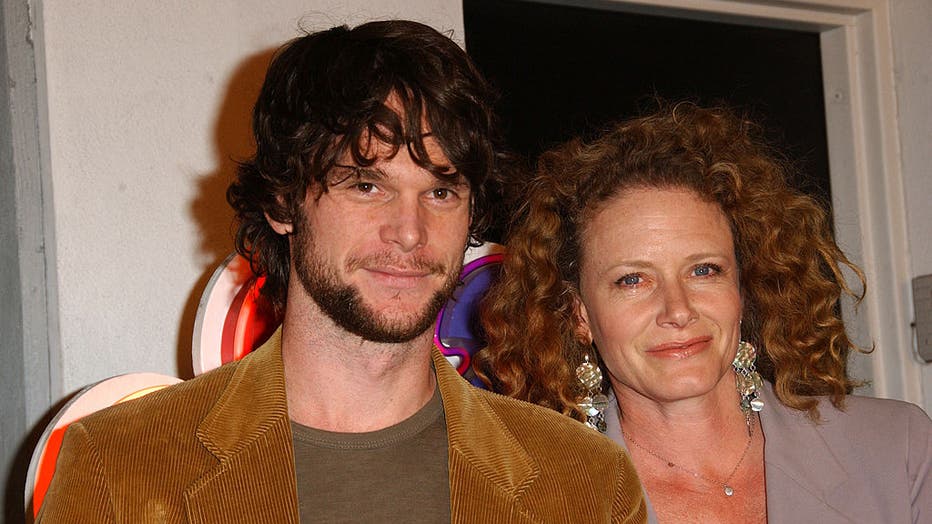 “All spring, I called him the left-handed magician in center field,” Mets vice president of international and amateur scouting Tommy Tanous said on draft night.

“Terrific reads, terrific hands, and a fearless center fielder. He was actually probably the easiest center fielder I’ve had a chance to scout.”

Crow-Armstrong signed his contract on a video call with Mets staffers and quickly donned a team cap and jersey.

He passed up his commitment to Vanderbilt, a college baseball powerhouse, to sign with New York.

And now a center fielder in Crow-Armstrong.

“I love to display kind of the intangibles, as well as what I can bring physically,” he said after being drafted. “I want to get the fans engaged and excited, so I definitely bring a lot of energy. I’m a big talker. I love to communicate.”

“I want to interact with the fans. I want to be more than just a baseball player. I want to make an impact,” he added.

The Mets also announced they agreed to a deal with outfielder Isaiah Greene, a second-round compensatory selection from Corona Senior High School in California. The speedy Greene, 18, was the 69th overall pick, which New York received as compensation for losing free-agent pitcher Zack Wheeler to Philadelphia last December.

Ginn, drafted 30th overall by the Los Angeles Dodgers in 2018, had Tommy John surgery in March.