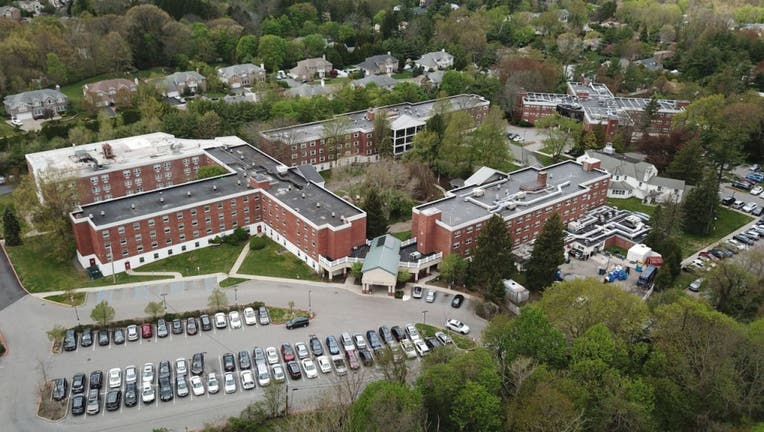 ALBANY, N.Y. (AP) - As the coronavirus made an end-of-the-year surge across New York, few nursing homes escaped unscathed. But some proved especially helpless at stopping the spread of COVID-19, despite having nine months to stockpile protective equipment and refine preventative measures.

At least 15 homes each saw at least 30 patients die between November and early February, with most of the deaths occurring in a matter of weeks, recently released public records show. Seven homes had more than 40 patients die, a tally that does not include specialized nursing homes that treat only COVID-19 patients.

The unusually swift and deadly outbreaks stand out in a state where the great majority of nursing homes reported fatalities in the single digits during that time period.

The Commons on St. Anthony, a 300-bed home in Auburn, was among those hit hardest. It held the virus at bay for months, making it to Christmas Day without a single COVID-19 death. But by the end of January, the disease had claimed 57 lives — just as vaccinations were beginning.

Nursing homes had nearly a year to refine visitation policies, ramp up testing programs and hone infection-control practices. Yet the virus still got into facilities like the Commons, where 90-year-old Constance Cuddy, a former nurse being treated for Alzheimer’s disease, died Jan. 17 from COVID-19 complications, according to her family.

"She worked hard her whole life," said Cuddy’s daughter, Jody Courtemanche. "And I just wish that she could have gone on her own terms when she was ready to go, and not have COVID come in and grab her."

Until recently, the full extent of New York’s surge was partially obscured because Gov. Andrew Cuomo’s administration did not disclose data on thousands of nursing home residents who died outside of their facilities, a scandal that predates the accusations that he sexually harassed female aides.

The families of people who died in New York's nursing homes called for a federal investigation at a rally on Wednesday.

While the state has made some statistics on nursing home fatalities available since last spring, more complete information on where and when patients died was only released in February after an order from a judge in a public records case brought by the Empire Center for Public Policy, a nonpartisan think tank.

The latest records provide more details on deaths at the Commons as well as homes outside Buffalo, Syracuse and Rochester that suffered more than 40 resident deaths each during the late autumn and early winter surge.

The Elcor Nursing and Rehabilitation Center, about 60 miles (97 kilometers) south of the Commons, had 62 residents die from November through early February, despite precautions that included sanitizing arriving mail, administrator Edward Linsler said.

The situation has improved substantially in recent weeks as most of the nation's nursing home population has been vaccinated.

Tracing how the coronavirus breaches any facility can be difficult. Public health experts say adherence to infection protocols and proper staffing can make a difference. Larger facilities with shared rooms, which the Commons offers, can be more susceptible to outbreaks.

"More than 99 percent of facilities in the country have had at least one case, and most of that has happened in this winter surge when we’ve known what to do," said Tamara Konetzka, a research professor at the University of Chicago, who specializes in long-term care. "That just says to me that it’s really almost impossible to keep the virus out completely."

Loretto, the company that operates the Commons, said it took many steps to keep the virus out. Employees wore gowns, gloves and face shields when working with residents. Family members could only see their loved ones through a plate-glass window.

The state Department of Health conducted six on-site infection-control inspections there along with another by the federal government between May and Feb. 3 and found no deficiencies.

Cayuga County did not see its first major outbreak until the fall. Loretto spokesperson Julie Sheedy said "out of control" spread of the virus in the surrounding community overwhelmed the nursing home's defenses.

Commons resident Kathleen Grader, 86, tested positive after getting the first of two planned vaccination shots in late December. The mother of 10, who was "always busy" even past the onset of Alzheimer’s disease, died of COVID-19 complications Jan. 12, said her daughter Theresa Smithler.

"The only way these residents got the virus was from an employee," Smithler said, noting that even at Christmas, visitors had been banned. Over the holiday, Smithler and her sister sang carols into a cellphone with their mother on the other side of a window at the home.

The Commons tested and screened employees. But those procedures cannot catch every infected worker in time, especially if they do not have symptoms.

By January, infections were surging among the staff, with 42 positive cases in three weeks, federal data shows.

Kaylee Gabak, a 24-year-old certified nursing assistant, tested positive on Christmas after she went to a hospital to deliver her first child. The baby girl, Charlotte, was born healthy, but Gabak was soon back at the hospital in critical condition.

Her mother, Cortney Haberlau, believes her daughter was infected at the Commons in mid-December, just before her maternity leave. She battled internal bleeding, a brain abscess and other complications and returned home this month.

After Gabak awoke at the hospital in early February, her mother said she was soon using her phone to look up the obituaries of "her people," the residents of the Commons.

"She was really sad about it because a lot of her residents that she cared for, and cared about, were deceased," Haberlau said.