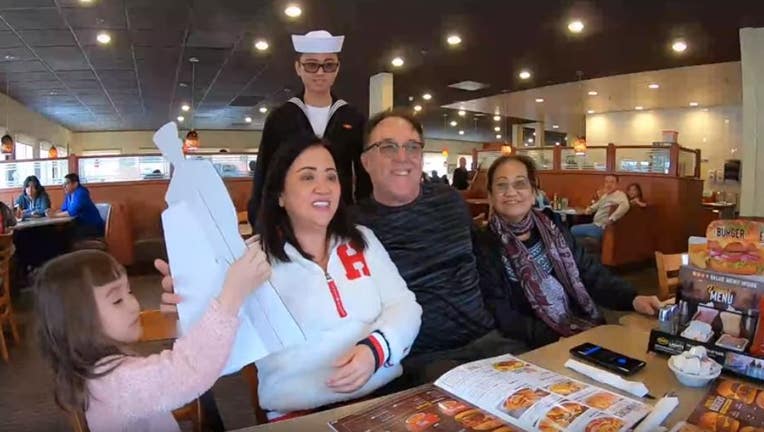 BIG BEAR LAKE, Calif. - A US Navy sailor was able to pull off the ultimate surprise by photobombing his family during their weekend trip to Big Bear Lake over the holidays.

Ramon Lerma shared the heartwarming moment he says took weeks of planning on his YouTube channel just before Christmas.

Robina Lerma was certain her son, US Navy Seaman Apprentice Robin Reyes, who just graduated from Naval Station Great Lakes would be unable to make it home for the holidays.

During the weekend getaway to Big Bear, the Lerma family took pictures at Denny’s with a cardboard cutout of Reyes.

In addition to the cardboard cutout, family members told the Eagle Rock mother that her son,19, would be inserted in the pictures with the help of a mobile app.

However, what she did not realize is that her son did not appear in the pictures because of “a really cool app,” but because her son was standing right behind them

The family was in tears as Robina Lerma's ultimate Christmas wish was granted.