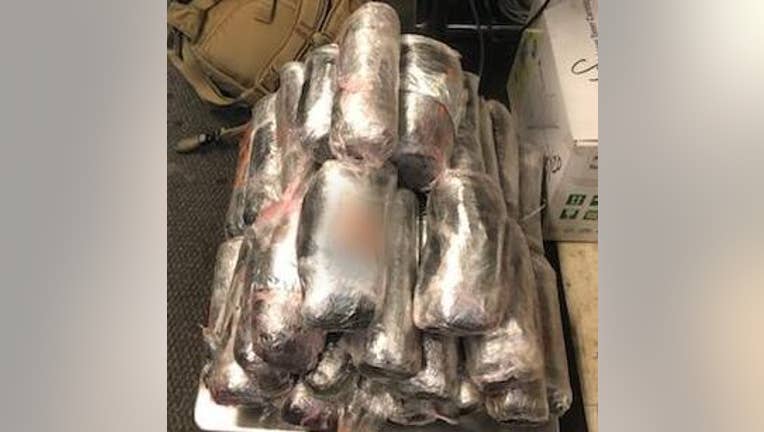 The agency says they arrested a teenaged permanent resident attempting to smuggle meth into the United States at a checkpoint in Arizona, the second teenage drug smuggler they have caught this week.

CBP agents discovered 40 packages of meth in the 18-year-old’s vehicle, concealed inside the door and quarter panels. The narcotics are said to have an estimated street value of $45,000.

The vehicle belonged to the teen's father. It and the meth inside were seized by CBP agents and the teen was arrested and turned over to the Drug Enforcement Administration.

To combat cartel recruitment, the U.S. Border Patrol says it educates children and their families through T.E.A.M. Kids and the Parent Symposium. The programs focus on the signs of criminal exploitation as well as the dangers and consequences of becoming involved with smugglers.