Smoke from the wildfires on the West Coast has traveled across the country and can been seen from the New York area. The smoke, which is thousands of feet above, makes the sky look hazy.

NEW YORK - From sea to smokey sea. The deadly and devastating wildfires along the West Coast have been generating massive amounts of smoke that reached the East Coast on Monday.

The National Weather Service (NWS) had several forecast offices on Monday note that hazy skies in Virginia, New York, New Jersey and in New England states were from the ongoing blazes.

"This is smoke lofted well aloft in the atmosphere emanating from the Western U.S. wildfires," the NWS Boston tweeted.

The NWS New York forecast office said the smoke has given the sky in the region a "yellow or brown" tinge.

The smoke is at 25,000 feet, which forecasters said should not have any impact on air quality on the ground.

While the smoke is high enough in the atmosphere to not cause any air quality issues, it will still give a milky or hazy appearance in the sky.

SkyFOX captured this video of the setting sun amid the haze caused by smoke from the West Coast wildfires.

Forecasters say that depending on how thick the smoke gets, it could create vivid orange and red sunrises and sunsets throughout the week.

Satellite imagery from the National Oceanic and Atmospheric Administration (NOAA) shows the smoke from the fires stretching from the active blazes on the West Coast across the Plains and Midwest to New England.

The NWS forecast office in Sterling, Va., said smoke from the blazes is expected to obscure the sky through the middle of the week.

The devastating wildfires out West have killed at least 36 people, as California, Oregon and Washington state have seen over 4.6 million acres burned.

The blazes have also generated putrid, dangerous air giving many areas the worst, most unhealthy air on the planet, according to some measurements.

Oregon’s Department of Environmental Quality extended an air quality alert to Thursday after it was to initially expire on Monday. The Oregon Convention Center in downtown Portland is being used as a smoke advisory shelter where people in need of healthy air quality can go. 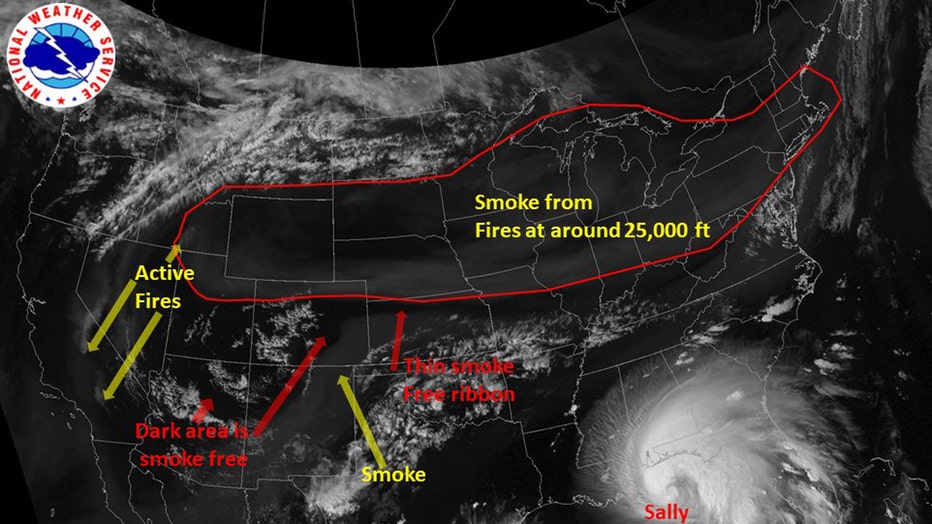 Alaska Airlines said it was suspending service to Portland and Spokane, Wash., until Tuesday afternoon due to the smoke conditions.

Poor air quality is again the biggest weather story Tuesday because of all the wildfires and the stagnant weather conditions.

Smoke advisories and air quality alerts are up across the Northwest, California, the Northern Rockies and the Great Basin region.

Temperatures are also 10 to 20 degrees above average over these regions, which along with dry conditions and low humidity is leading to an elevated fire risk. 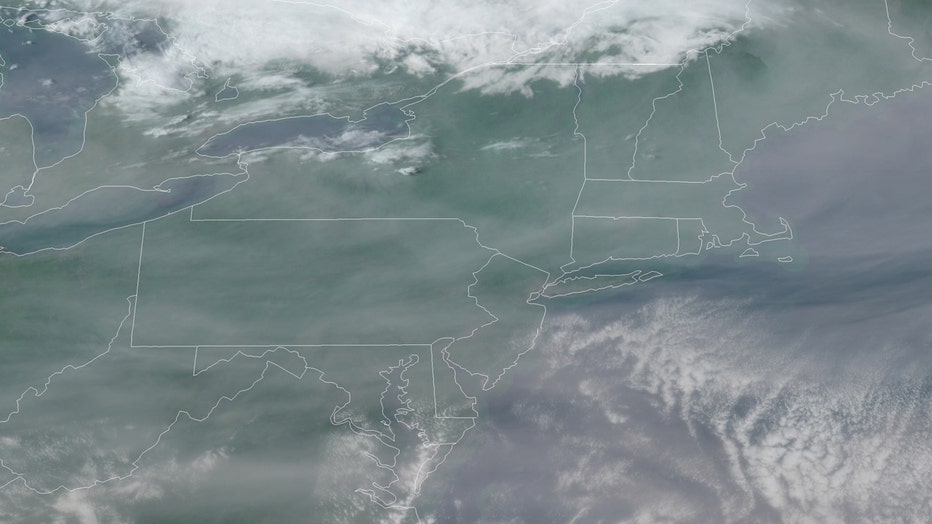