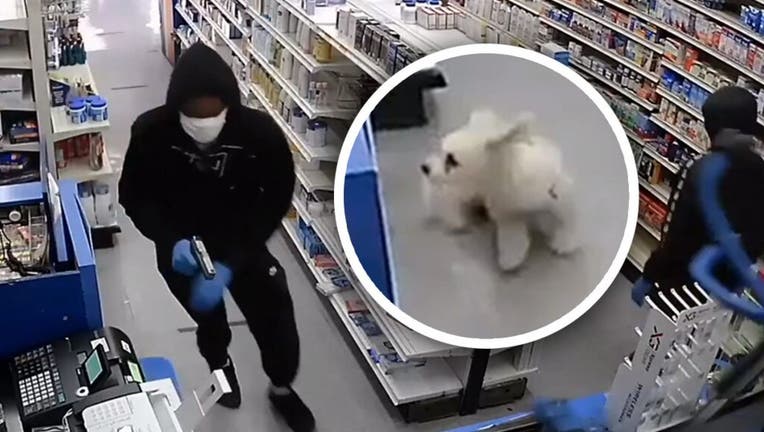 NEW YORK - A small dog helped foil a robbery inside a pharmacy in East Flatbush. The NYPD shared video of the incident on June 9.

The video shows one of the robbers, who has a gun, climbing over the counter. He also had on a white mask and surgical gloves. The three suspects flee empty-handed after being confronted by the owner of the New Trend Pharmacy and the frantic dog.

Police want to find the armed robbers. They took off from 3401 Avenue H in East Flatbush at about 5:35 p.m. empty-handed.

Anyone with information in regard to the identities of these individuals is asked to call the NYPD's Crime Stoppers Hotline at 1-800-577-TIPS (8477). The public can also submit their tips by logging onto the CrimeStoppers website at WWW.NYPDCRIMESTOPPERS.COM, or on Twitter @NYPDTips or by texting their tips to 274637 (CRIMES) then enter TIP577.