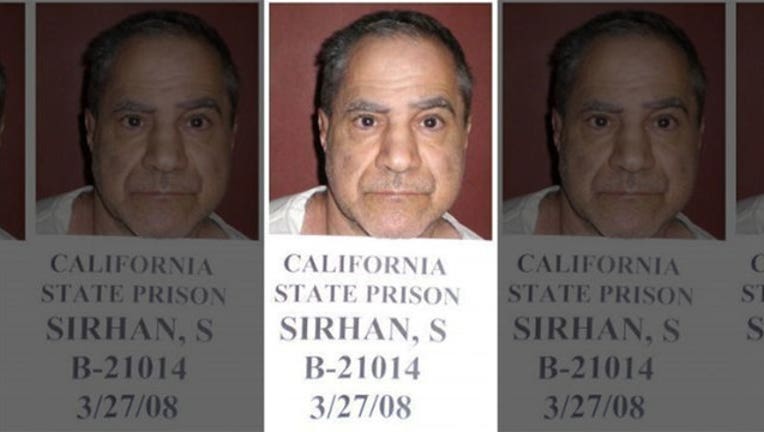 FOX NEWS - Sirhan Sirhan, the man convicted of assassinating Robert F. Kennedy in 1968, has been hospitalized after being stabbed in a San Diego prison Friday afternoon.

California corrections officials did not identify Sirhan, 75, as the victim, but a source confirmed to the Associated Press that it was the man serving a life sentence in connection with the death of Kennedy, a U.S. senator from New York who was slain at the Ambassador Hotel in Los Angeles after winning the 1968 Democratic presidential primary in California.

Sirhan was said to be in stable condition after the attack. Circumstances that led to the stabbing were not immediately known.

"The suspect in the attack has been identified, and has placed in the prison's Administrative Segregation Unit, pending an investigation," the California Department of Corrections and Rehabilitation said, according to KABC-TV of Los Angeles.

He was originally sentenced to death but when California briefly outlawed the death penalty his sentence was commuted to life in prison.

He is being held at the Richard J. Donovan Correctional Facility.

This is a developing story. Check FOXNews.com for updates. The Associated Press contributed to this report.