Police share video of a shocking, unprovoked attack of a woman exiting the L train subway station in the East Village.

NEW YORK - The NYPD wants to find the assailant behind a shocking, unprovoked attack on a woman inside a Manhattan subway station.

A 23-year-old woman was walking out of the 14th Street and 1st Avenue subway station when the man approached her from behind and punched her in the head.

The suspect took off with the victim's backpack which had an Apple MacBook Air and credit cards.

Crime in the subway system

New York City's subway system will soon return to 24-hour service. The MTA is asking for more police. And the union representing workers says authorities need to address with the mental health factor of the problem.

The woman suffered swelling to her head but refused medical attention, said police.

The suspect is described as a male approximately 30-years-old, 5'5" tall, weighing 200 pounds, with a light complexion, medium build and facial hair. He was last seen wearing a black winter hat, a light-colored scarf around his neck, a red and black jacket, a red, white and blue shirt, blue shorts with white stripes and blue sandals. He was carrying a large blue bag. 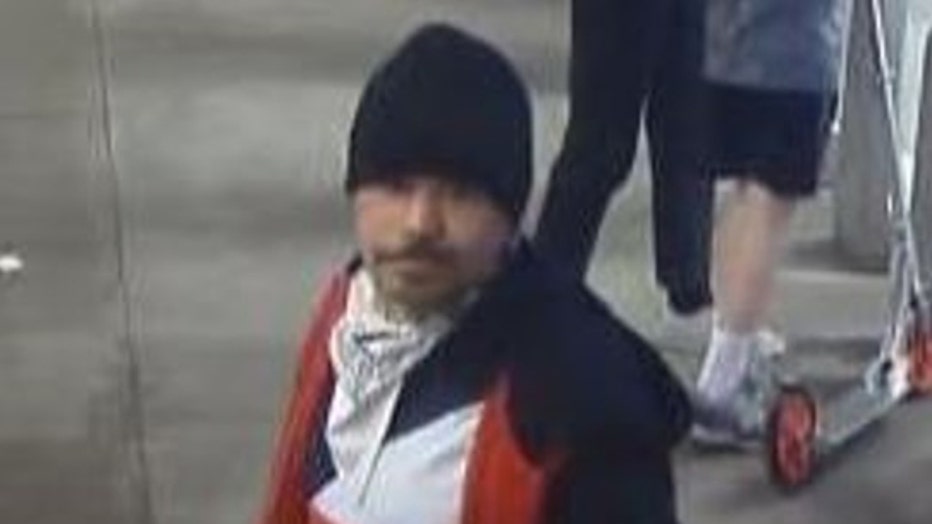 The NYPD wants to find the man who assaulted a woman entering an L train subway station in the East Village. (FOX 5 NY)

Anyone with information regarding the identity of the individual is asked to call the NYPD's Crime Stoppers Hotline at 1-800-577-TIPS (8477).

The public can also submit their tips by logging onto the CrimeStoppers website at WWW.NYPDCRIMESTOPPERS.COM, or on Twitter @NYPDTips or by texting their tips to 274637 (CRIMES) then enter TIP577. 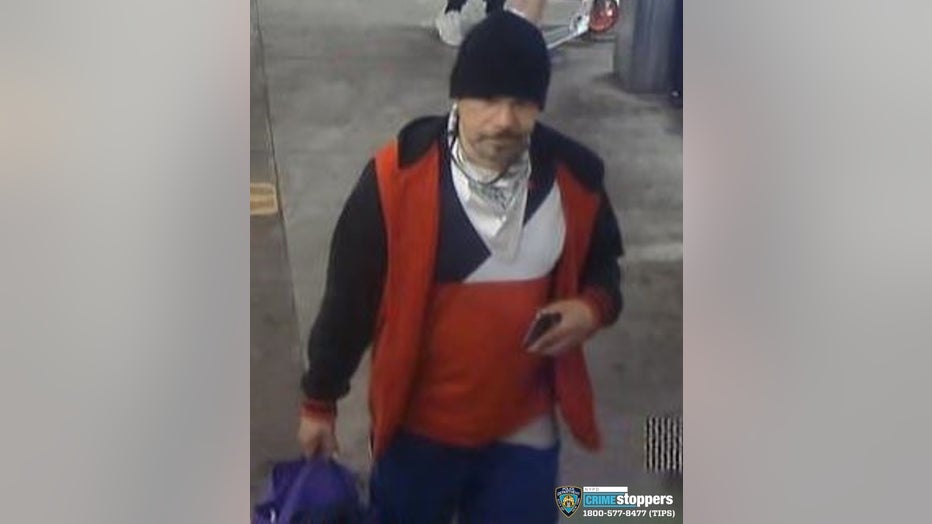 A 23-year-old woman was attacked from behind by the man in the photo, according to police. (NYPD)