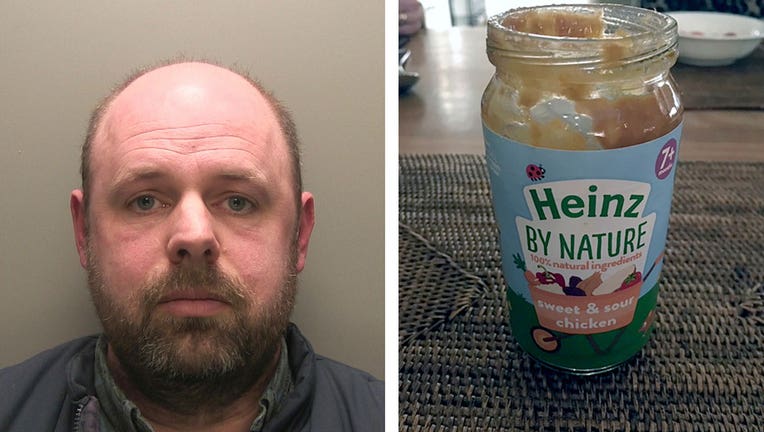 LONDON - A sheep farmer was sentenced to 14 years in prison Monday for his plot to use baby food laced with metal shards to blackmail one of Britain's biggest supermarket chains.

Nigel Wright planted jars of the contaminated baby food in Tesco grocery stores and sent dozens of letters and emails to the supermarket company in a bid to extort 1.4 million pounds ($1.8 million) in bitcoin between 2018 and February.

Wright, 45, was accused of orchestrating the plot, allegedly in the name of a group of farmers angry at the low price they were paid for their milk. He denied the charges, but was convicted of two counts of contaminating goods and three counts of blackmail.

Sentencing him, Justice Mark Warby compared wright's actions to terrorism and said he was remorseless.

"You chose to use threats of a particularly blood-curdling nature, deliberately designed to exploit the vulnerability of children, and the consequent vulnerability of a supermarket concerned for its business," the judge said.