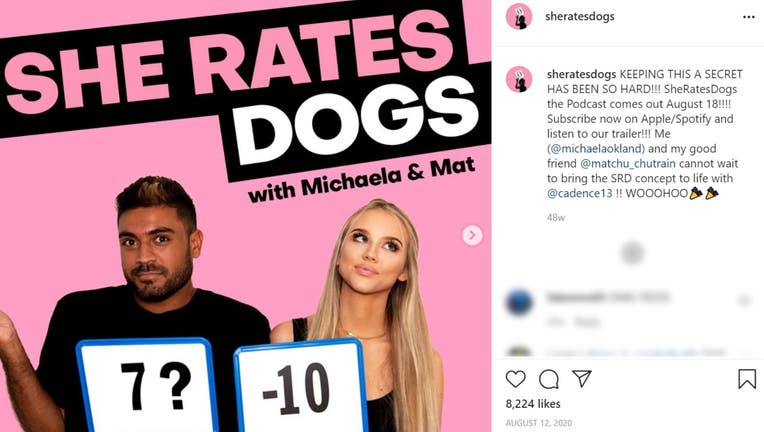 LOS ANGELES - A popular podcast host was killed in a hit-and-run crash in Beverly Grove over the weekend.

The Los Angeles Police Department responded to a call of a crash involving a pedestrian near the intersection of Beverly Boulevard and Croft Avenue a little after 2:15 a.m. Saturday morning. According to LAPD, a white BMW hit a 26-year-old pedestrian who was walking across an unmarked crosswalk on Croft Avenue.

The pedestrian was pronounced dead at the scene and the BMW drove off after the crash, LAPD said.

Michaela Okland, co-host of the She Rates Dogs podcast, identified the pedestrian killed in the crash as Mat George on social media.

"I don’t really have any other words right now," Okland said of her running mate on Twitter.

According to the Apple Podcasts bio, She Rates Dogs is a talk show that exchanges the listener and hosts' "worst dating stories." The duo's talk show had a large following on social media, garnering more than 194,000 followers on Instagram.

As of Sunday afternoon, no arrests have been announced in the deadly crash.