MIAMI - Shaquille O'Neal paid tribute to his friend and former teammate, Kobe Bryant,  with one of their shared favorite hobbies: music.

O'Neal, who moonlights as DJ Diesel, brought his carnival-themed event "Shaq's Fun House" to Miami on Friday night ahead of the Super Bowl, telling the audience: "Put your cellphone lights on. We gone light this (expletive) up one last time for Kobe Bryant."

Standing from behind a soundboard, O'Neal then played Kanye West's "All of the Lights." A large purple-and-yellow banner featuring Bryant's Los Angeles Lakers numbers -- 8 and 24 -- hung from the ceiling as O'Neal dedicated several moments of his set to the basketball legend, who also recorded music.

"We miss you Kobe Bryant," he said, holding his hands up and looking to the ceiling. "Put your hands up for Kobe Bryant. We love you, brother." 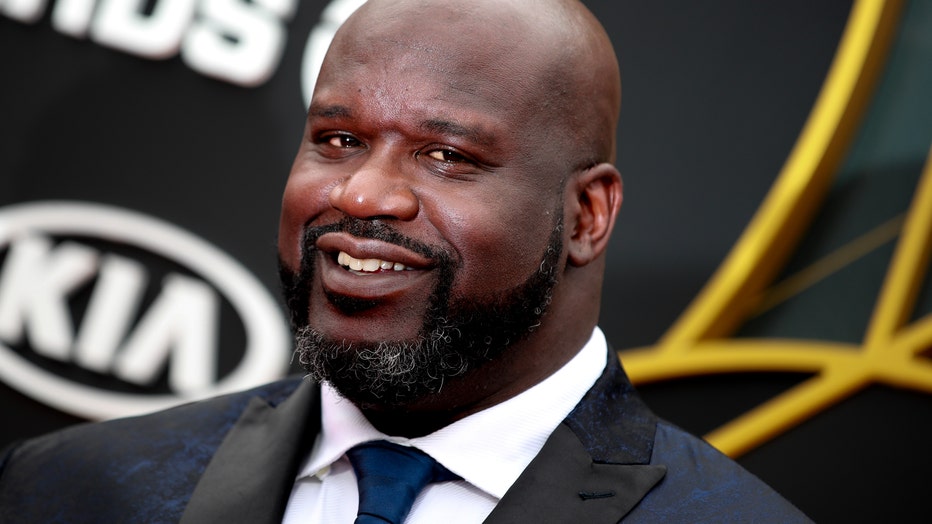 Bryant, his 13-year-old daughter Gianna and seven others died in a helicopter crash Jan. 26. Days after, O'Neal said he would go on with his planned pre-Super Bowl party in Miami but would dedicate all the proceeds to the families of the victims and the Kobe and Vanessa Bryant Foundation.

"I'm gonna always remember his memory because we're forever linked," O'Neal told The Associated Press in an interview before he performed. "I lost a sister, lost a father -- whenever you lose somebody that's super-important. It's always gonna be heavy on the heart."

The duo teamed to help the Lakers  with three straight championships from 2000-02.

Hours before O'Neal's event, the Lakers had its first game since Bryant's death and honored the star player. LeBron James,  wiping his eyes as the national anthem ended, and other players wore Bryant jerseys while Boyz II Men and Usher performed.

Usher said in an interview following his performance that he and Bryant, whom he met in his teen years, talked about possibly recording a song together. Bryant released a rap song featuring Tyra Banks in the early 2000s; he rapped on a remix  of Destiny's Child's Grammy-winning hit "Say My Name"; and even collaborated on O'Neal's 1998 album, "Respect."

O'Neal encouraged the feverish crowd at the Mana Wynwood Convention Center to chant "Kobe" during his performance. Diddy, who performed after O'Neal, closed his short set by doing the same thing, with the audience happily obliging.

"Man, this week was crazy. You know, I'm all about that `Can't stop, won't stop'; somebody or something got to inspire me. And when I feel like giving up, I swear to God the only person that pops in my head is Kobe shooting in the gym," Diddy said. "It's Kobe coming in early, leaving late. It's Kobe playing hurt."

Diddy then performed the touching song "I'll Be Missing You" -- written after the death of close friend and collaborator Notorious B.I.G. -- and dedicated the song to Bryant.

Diddy said he came to the event to support O'Neal, whom he called "one of my heroes."

"Shaq's whole concept is: `I just want to have (expletive) fun.' So, let's make some noise for Shaq," he said.

The music mogul danced onstage with his sons, King and Justin Combs, and even performed alongside French Montana on the pop hit "Unforgettable.""

Balloons hung from the ceiling at O'Neal's colorful showcase, which featured robots dancing onstage. With stuffed animals hanging off their necks, audience members balanced drinks in one hand and phones capturing the performances in the other.

When he played the Journey classic "Don't Stop Believin,"' he told the audience: "All my white friends, sing this (song)."

Other performers during the multi-hour event included Diplo, DaBaby, Tiesto and Pitbull, who was born and raised in Miami.

"I believe in energy my friends and (Kobe's) energy will always be with us," Pitbull said. "Our bodies are just a vehicle at this point. He's timeless. His legacy will forever live on. But let it be a movement, not a moment."

"With that said, rest in paradise Kobe and thank you Shaq."