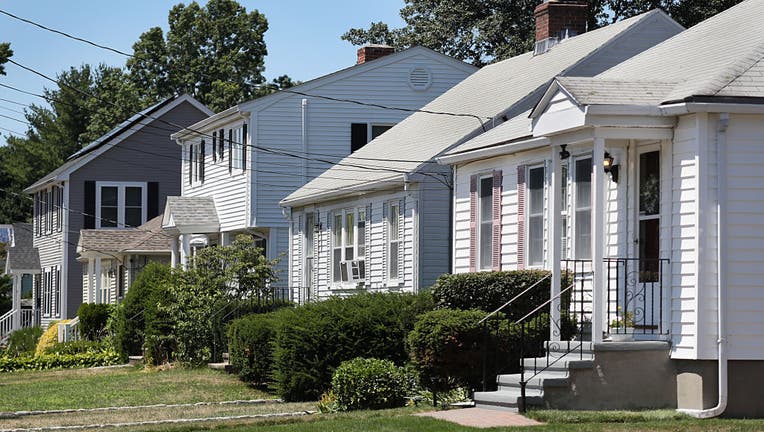 The possibility of a "severe downturn" in the U.S. housing market has increased, according to a new report from credit ratings and research agency Fitch.

In the case of "a more pronounced" housing downturn, Fitch analysts said home prices could fall 10% to 15% in the next few years, and housing activity could fall roughly 30% or more in the same multi-year period.

Overall, Fitch analysts said a severe downtown was "possible, but not yet probable," and cited several factors as "key indicators" that could impact the housing market, including U.S. GDP growth, unemployment, consumer confidence, and home affordability.

"The likelihood of a severe downturn in US housing has increased; however, our rating case scenario provides for a more moderate pullback that includes a mid-single-digit decline in housing activity in 2023, and further pressure in 2024," the agency said in a new release.

Nationwide, sales of previously occupied U.S. homes have slowed in the past several months as the Federal Reserve hikes rates to combat surging inflation, lifting mortgage rates, and keeping many home hunters on the sidelines. Mortgage application activity has also continued to decline, dropping over 2% this week to its lowest level since 2000, according to the Mortgage Bankers Association.

The Federal Reserve raised its benchmark interest rate by 0.75 percentage points, making it the second straight time in its most aggressive drive in three decades to tame high inflation. Despite this, Chair Jerome Powell said Wednesday, "I do not think the U.S. is currently in a recession."

National home price declines are rare but do happen on occasion — including in the early 1980s and most notably in the years after the 2008 housing burst, according to Fortune. But the outlet noted how Fitch’s suggestion of a possible 10% to 15% decline is very rare.

Robert Shiller, a Yale economics professor who predicted the 2008 housing bubble, also recently told Yahoo Finance that home prices could fall "a little over 10% by 2024 to 2025."

Rent prices in the US for late summer 2022 - and beyond

Rent prices nationwide spiked in August 2022, compared to the same time last year, with the average monthly price of a 1-bedroom at $1,769. Rent.com researcher Jon Leckie shares more on the current rental market.

Meanwhile, other agencies have predicted a slowdown in home prices but still with single-digit increases over the next year.

CoreLogic forecasts an increase of 4.3% on a year-over-year basis through June 2023, and Zillow forecasts a 7.8% home value growth over the same time period.

RELATED: Here’s how much the average 1-bedroom, 2-bedroom rent is in America