Marty Mendoza’s request for Christmas cards for his adult son led to thousands of cards and packages from around the world being sent to the Texas family.

LIMERICK, Ireland - People with depression may struggle with the Christmas holiday — a festive period often associated with parties and social engagement. Yet, a new study finds that those who get into the holiday spirit by sending out Christmas cards may actually have lower levels of depression.

Published last month in the journal Cogent Psychology, the study examined whether the sending of Christmas cards offered insight into the sender’s mental well-being.

From a survey completed by more than 2,400 participants within the United Kingdom, researchers at the University of Limerick in Ireland examined whether higher depressive symptoms were associated with the frequency of sending Christmas cards and whether this varied by religious affiliation. 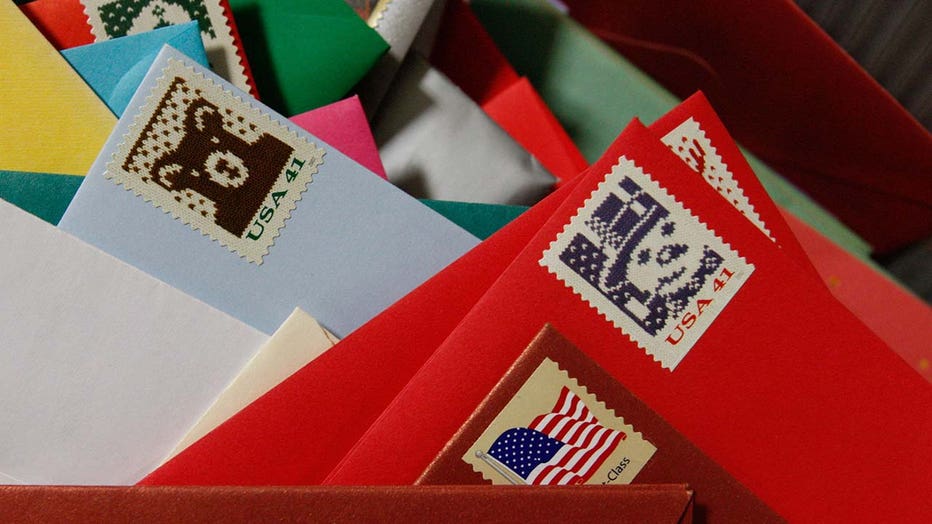 Holiday cards sit in a bin at the U.S. Post Office December 17, 2007 in San Francisco, California. With one week until Christmas, the U.S. Postal Service is expecting to process and mail over one billion cards, letters and packages, far more than the

Stephen Gallagher, a lead author of the study, told FOX the results were specifically significant for Christians, after adjusting for religious affiliation.

Other studies have found that gestures of expressing gratitude in letters and cards can boost positive emotions in both the receiver and sender.

"If you normally receive a Christmas card from someone each year, it might be worth checking in with them if you do not receive a card this year," Gallagher shared.

According to a YouGov survey, the exchange of Christmas cards increased in 2020 after years of decline — likely due to the COVID-19 pandemic.

A recent survey from 2019 found that while Christmas is a happy time for many, more than a quarter of people surveyed said it made their mental health worse.

In the poll, feeling low around Christmas was especially common among people who are unemployed (38%), divorced (35%) or widowed (31%).

"Most of the problem is our expectations, such as certain expectations of how the holiday should go, and how the family should act and react," Boucher, 62, said. "I always tell women and men: Anxiety lives in the future. So if you can bring yourself back to the present moment, there is usually not a lot of anxiety there."

She continued: "We have to stop letting other people's expectations drive our behavior. You don't have to add 40 different [traditions] in the same year."